PALM SPRINGS, CALIFORNIA – October 13, 2014 – Against the backdrop of the magnificent setting of the Annenberg Retreat at Sunnylands in California’s Palm Springs, the seventh annual Prince Albert II of Monaco Foundation’s Award Ceremony, followed by a Gala Dinner, was staged on October 12, attended by more than 200 VIP guests from around the world in the presence of Their Serene Highnesses Prince Albert and Princess Charlene of Monaco.

The Prince Albert II of Foundation’s Awards recipients were recognized for their exemplary commitment and dedication in support of the world’s natural environment and sustainable development in each of the Foundation's three priority areas: the preservation of biodiversity; climate change; and access to water and the fight against desertification.

HSH Prince Albert told the dignitaries and invited guests that since it was first established in 2006, his Foundation has taken part in more than 300 projects across the globe. He also highlighted that “Time is running out, each year counts, each decade which passes by makes these alarming prospects more probable. Time is running out and political decisions are slow in coming. That is why, to encourage them, speed them up and support them, we more than ever need bold initiatives and an audacity of spirit, like those we are honouring this evening. This is the whole meaning of today's ceremony - to encourage and support, to highlight that it is possible to do something. In view of the urgency of this action, our primary duty is to regain hope. This is the purpose of this Foundation and its commitment worldwide.”

The Master of Ceremonies, renowned actor, activist and environmentalist, Ted Danson officially announced this year’s three Laureates prior to the official presentation of the award by the Sovereign Prince:

The “Climate Change” Award was presented to Professor Ove Hoegh-Guldberg (Australia), an internationally renowned scientist specializing in coral reef biology with a special focus on the impact of climate change on marine ecosystems. Founder and director of the University of Queensland’s Global Change Institute, Professor Hoegh-Guldberg is the Coordinating Lead Author for the ‘Oceans’ chapter for the Fifth Assessment Report of the Intergovernmental Panel on Climate Change.

Professor Hoegh-Guldberg said the world is seeing the signs that ocean waters are becoming too warm for the reef building corals that underpin these great rainforests of the sea. “Despite the current depressing challenges, I believe that we will tackle and solve the climate change issue within the next few decades. I say this partially because there is no alternative - there is no other planet upon which we can survive if this one gets too hot or too dry or too violent. Not dealing with climate change is not an option. I would like to recognise and thank His Serene Highness, Prince Albert II for showing such inspirational leadership on climate change and other matters of great international importance. His dedication to environmental protection is an inspiration to the world.”

The "Water Award" was presented to Mr. Ma Jun (People's Republic of China), a journalist and environmentalist known for having conducted an investigation on water and river pollution in China. In 2006 he founded the Institute of Public and Environmental Affairs, an NGO that highlights corporate behaviours with regard to pollution and the negative environmental impact, whether small or large scale, local or multinational.

In his video message, Mr. Ma Jun stressed that the problem of water management today cannot be solved without extensive help from the world community.

"Social progress including raising awareness and increasing activities by NGOs is necessary. It is a unique opportunity for stakeholders to come together , and together I believe we can solve this problem."

The "Biodiversity Award” honored the work of the International Union for Conservation of Nature (IUCN) Red List of Threatened Species. The Award was accepted on their behalf by the organisation’s Program Officer, Mrs. Caroline Pollock. The IUCN Red List, published for the first time in 1964, is considered as the world's most comprehensive information source on the global conservation status of plant and animal species. In its 50th anniversary year, the IUCN Red List, continuously researches solutions to protect the world’s natural heritage, and to advise on conservation actions that can be taken, both at a regional and international level, to reduce or prevent extinction of threatened species.

During her acceptance speech, Mrs Caroline Pollock said the IUCN Red List gives biodiversity a voice to tell us where we need to focus our attention most urgently to address real, life-threatening issues: “I say “life-threatening” because it has often been said that species are the building blocks of life on Earth; the more species we lose, the unhealthier our planet becomes. Right now, the IUCN Red List Partners are using their global networks of volunteer scientists to assess at least 160,000 species by the year 2020. We are profoundly grateful to His Serene Highness Prince Albert of Monaco for this Award. This support and recognition will help speed our progress towards achieving the goal of making The IUCN Red List a true barometer of life.”

HSH Prince Albert II of Monaco presented a “Special Award” to Dr. Sylvia A. Earle to honour her remarkable personal involvement for the preservation of the oceans and her career as an internationally recognized oceanographer, explorer, author and lecturer.

Appointed as an Ocean Elder, Patron of IUCN and ARKive, Dr. Earle also serves as National Geographic Society Explorer in Residence, the Founder of Deep Ocean Exploration and Research, Inc., Founder of Mission Blue and SEAlliance and formerly the Chief Scientist of NOAA.

The seventh Prince Albert II of Monaco Foundation Award ceremony acknowledges and thanks the generous support of:

The 17th Board of Directors’ Meeting

On the same day as the Awards Ceremony and Gala Dinner, H.S.H. the Sovereign Prince presided over the seventeenth meeting of his Foundation’s Board of Directors.

The meeting enabled the Board to examine the state of progress of projects supported by the Foundation, to approve the 2015 estimated budget and to look at fourteen projects that may be launched thanks to funding from the Foundation.

The Presidents of the Foundation’s foreign branches also attended the meeting and had the opportunity to present their activities to the Board members.

The gathering, which included Mr. Michael J. Kowalski, Chairman and CEO of Tiffany & Co., and members of Monaco's consular corps, was welcomed to witness the signing by H.E. Maguy Maccario Doyle, the Ambassador of Monaco to the United States.

The US chapter of the Prince Albert II of Monaco Foundation held a private fundraising event at the Soho House of Beverly Hills. The dinner event hosted by Ron Burkle, Steven Mnuchin and James Coleman raised over $300,000. These funds will help the USA Foundation to carry out projects that support the promotion of renewable energies, safeguarding biodiversity and managing water resources and combat desertification. 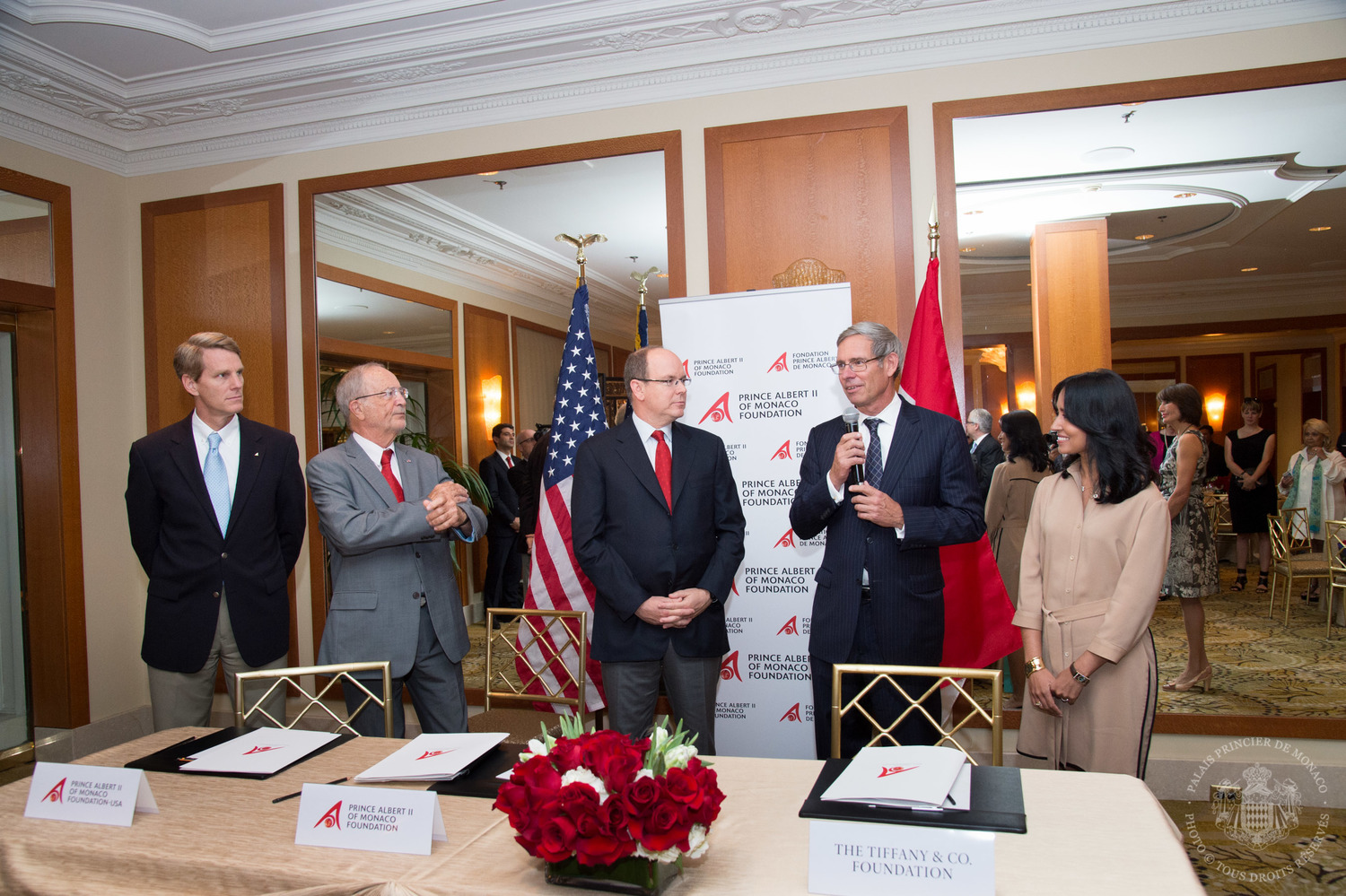 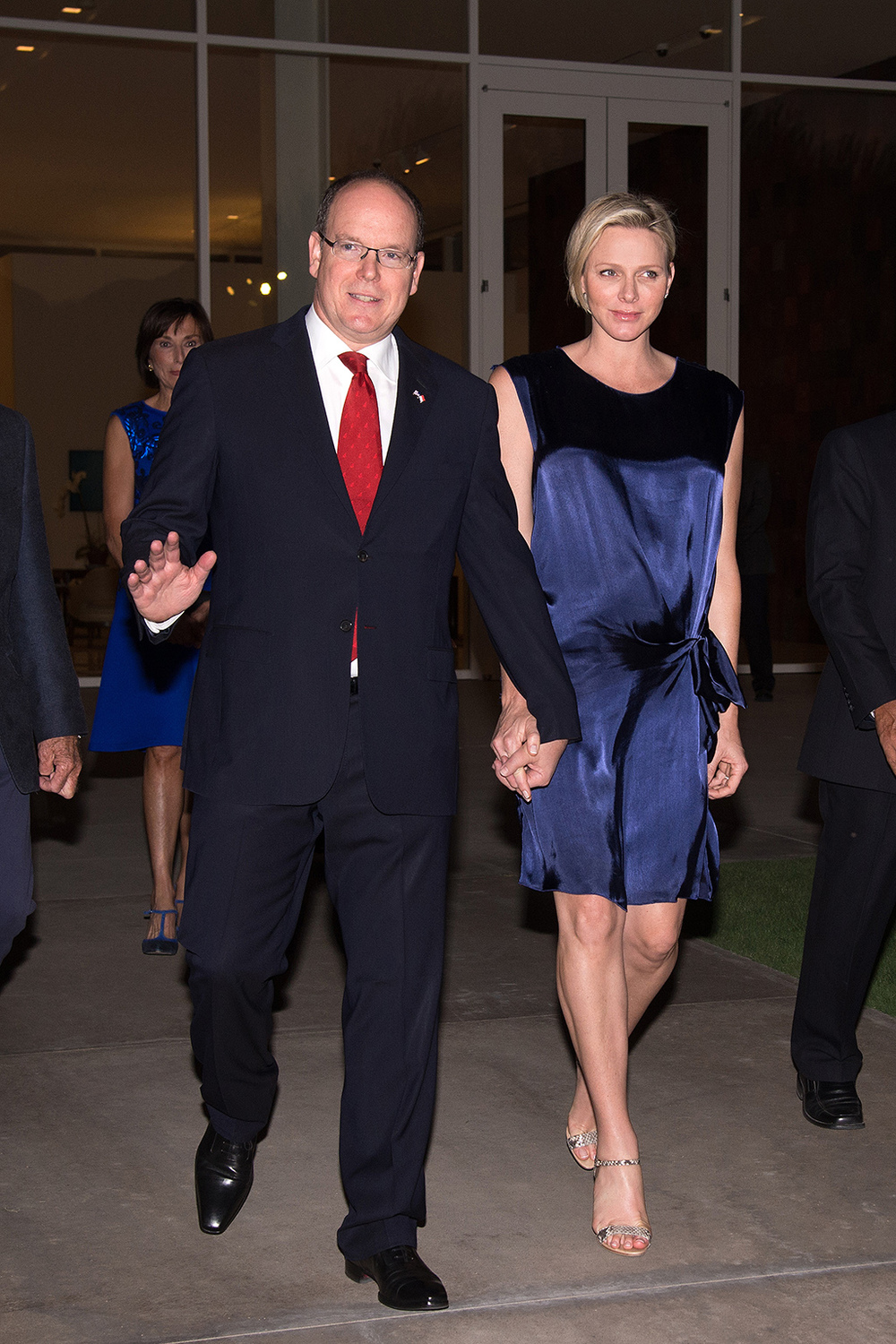 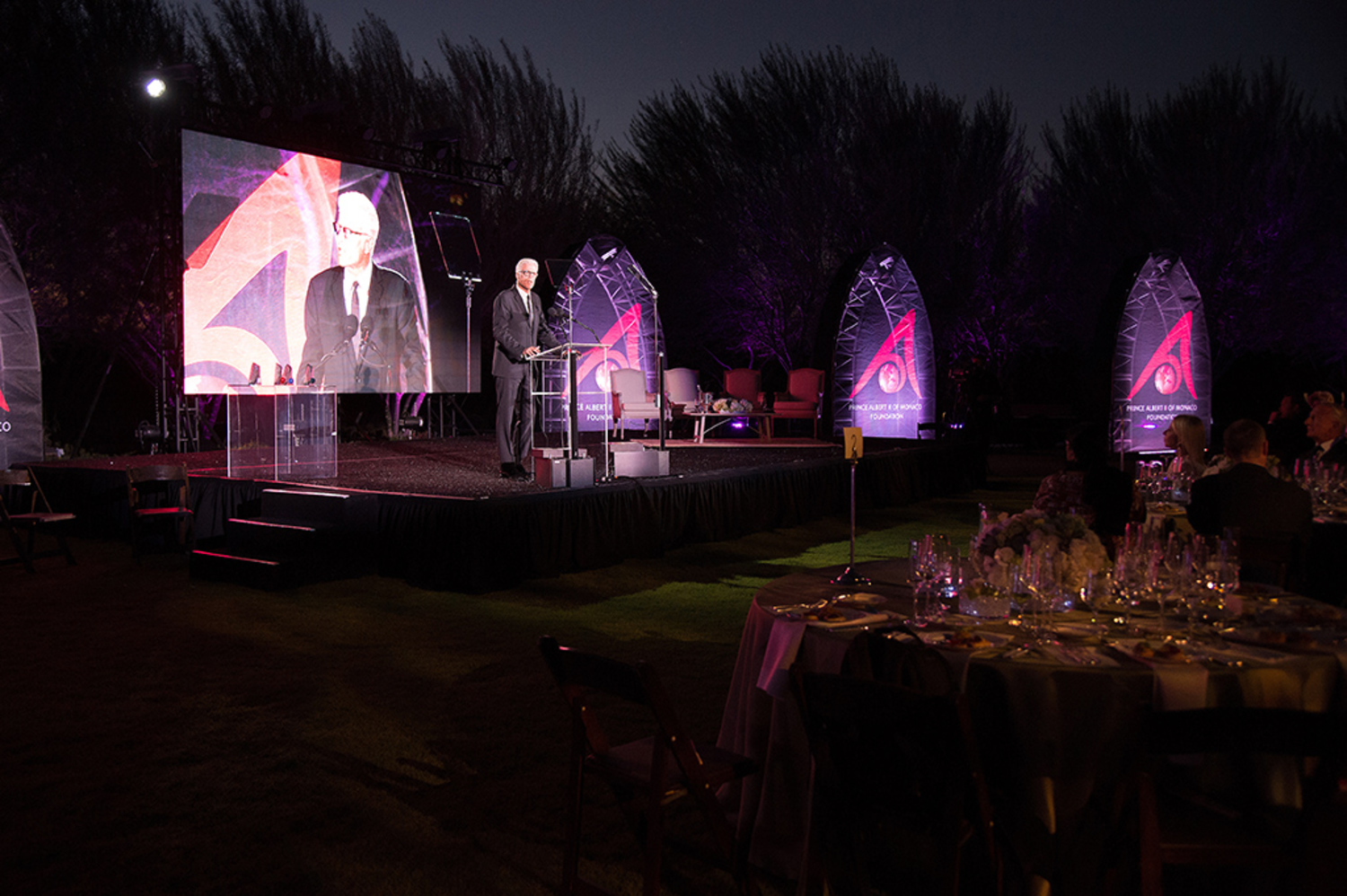 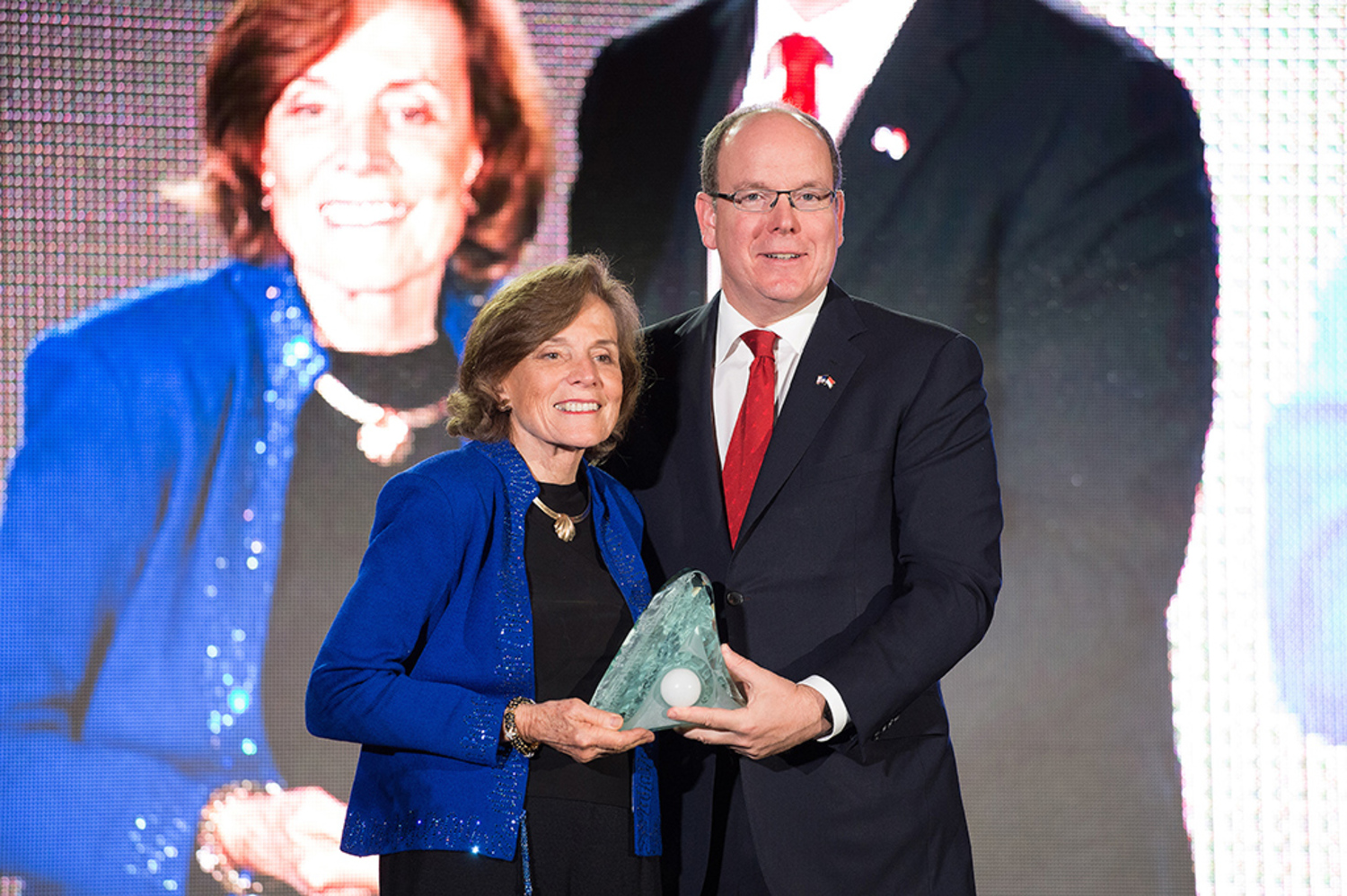 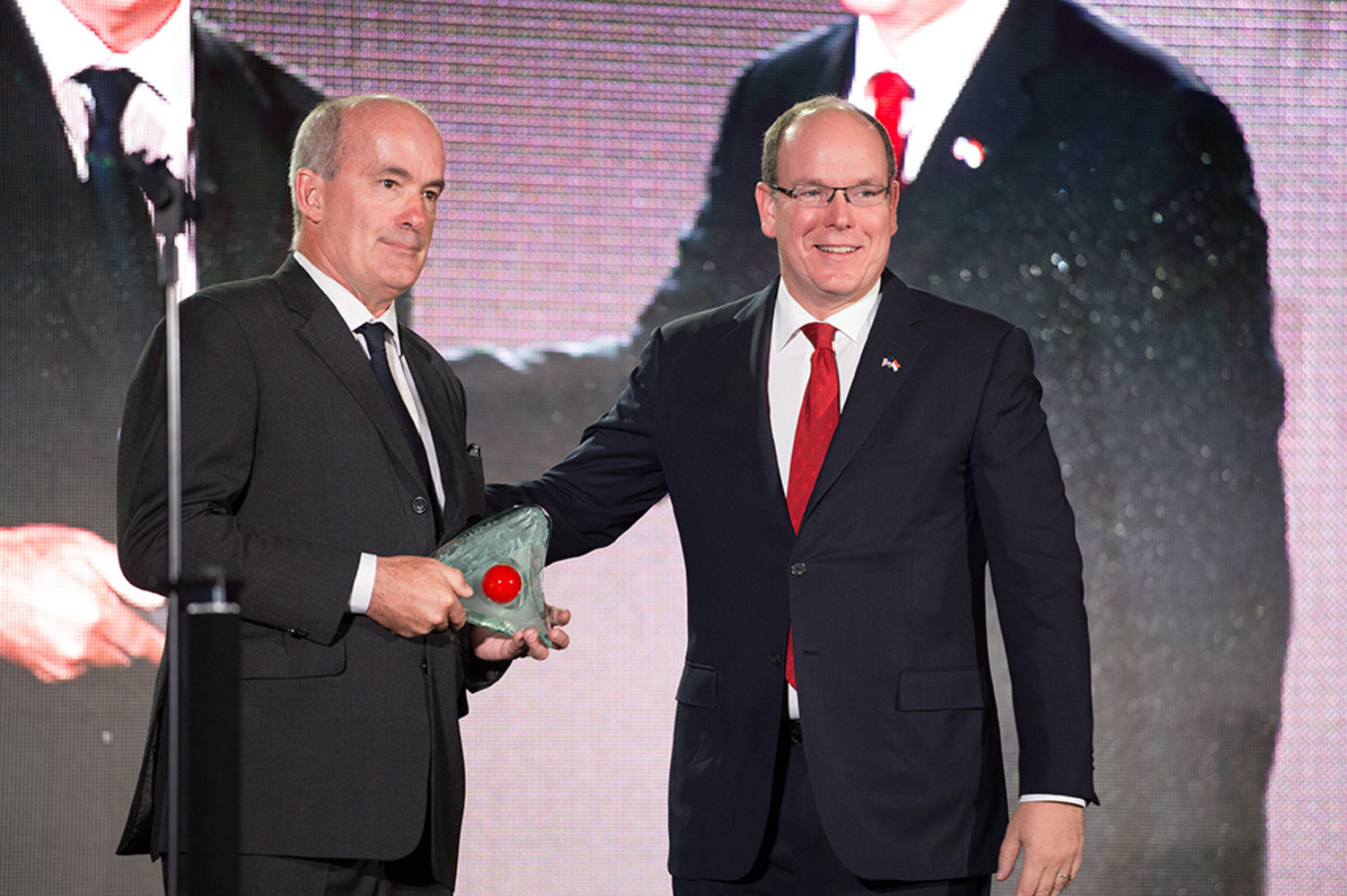 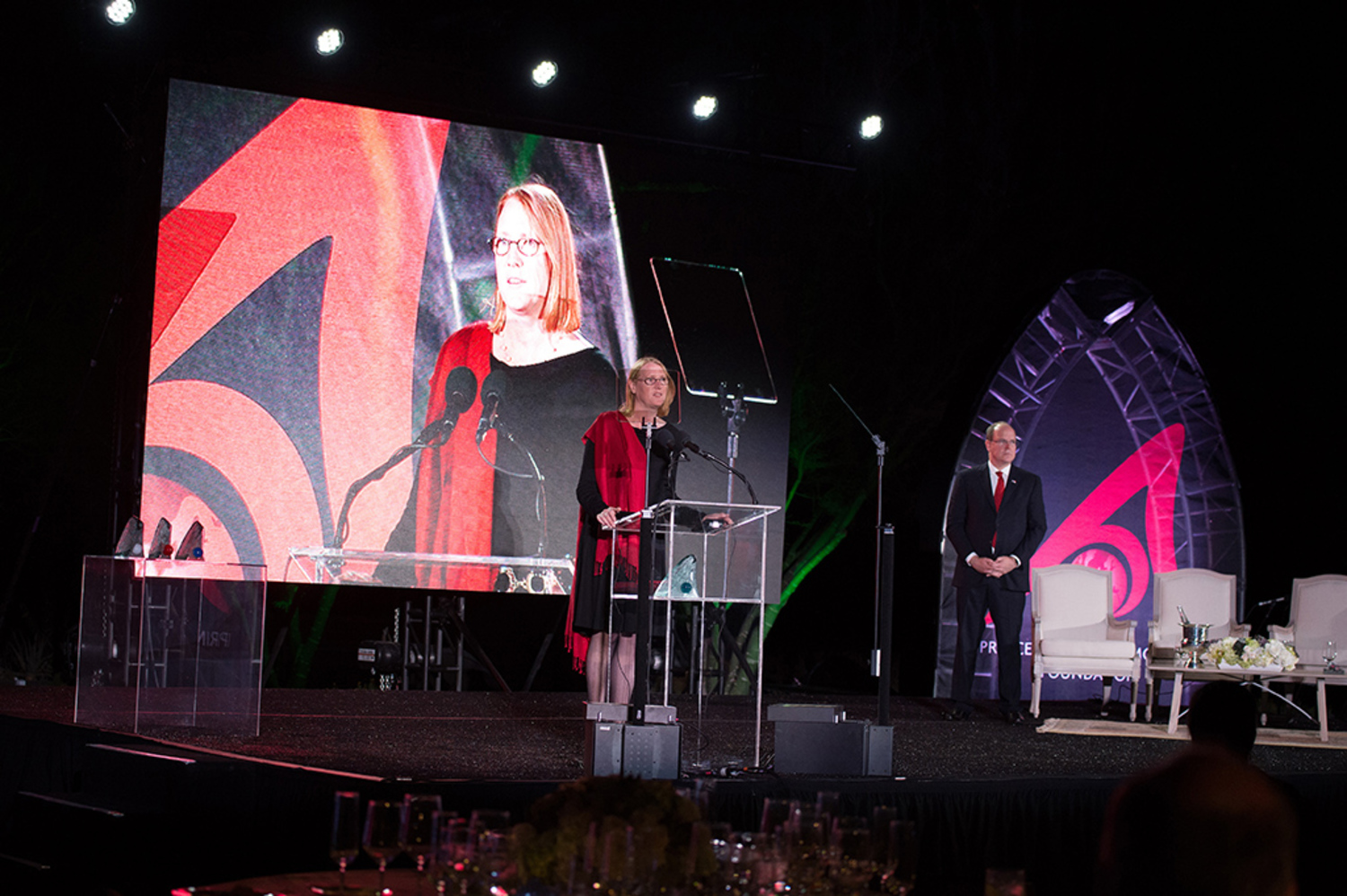 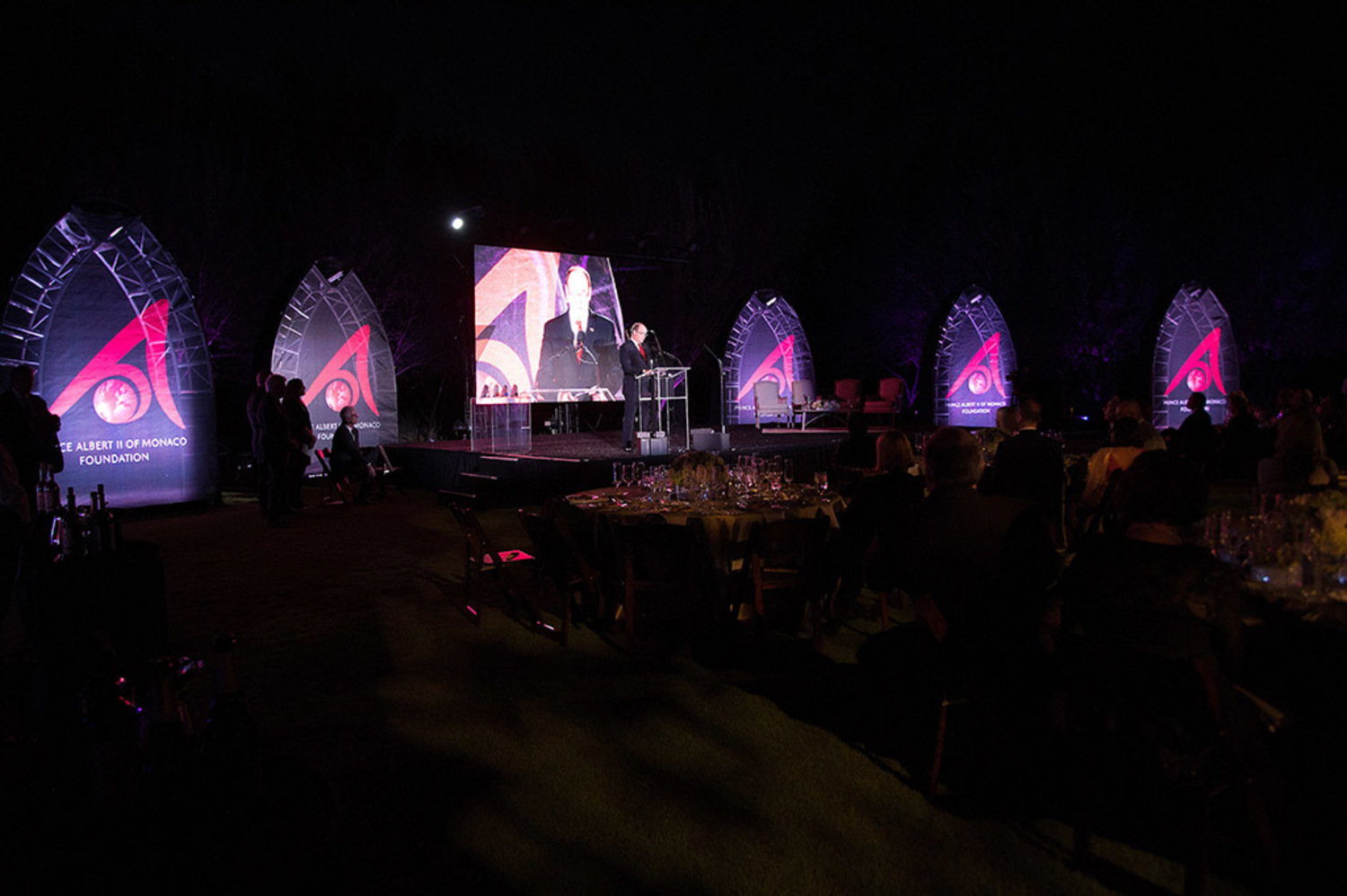 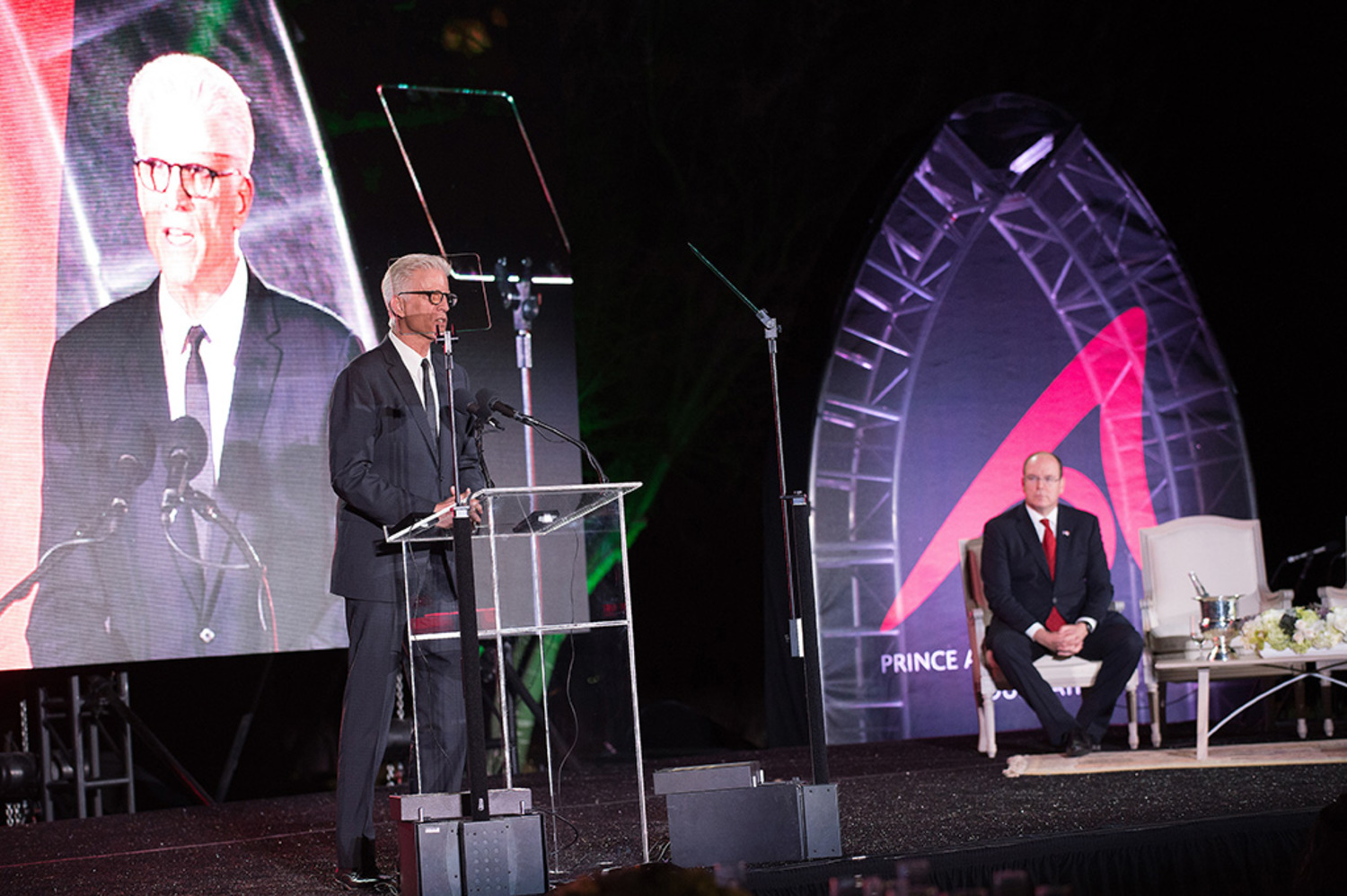 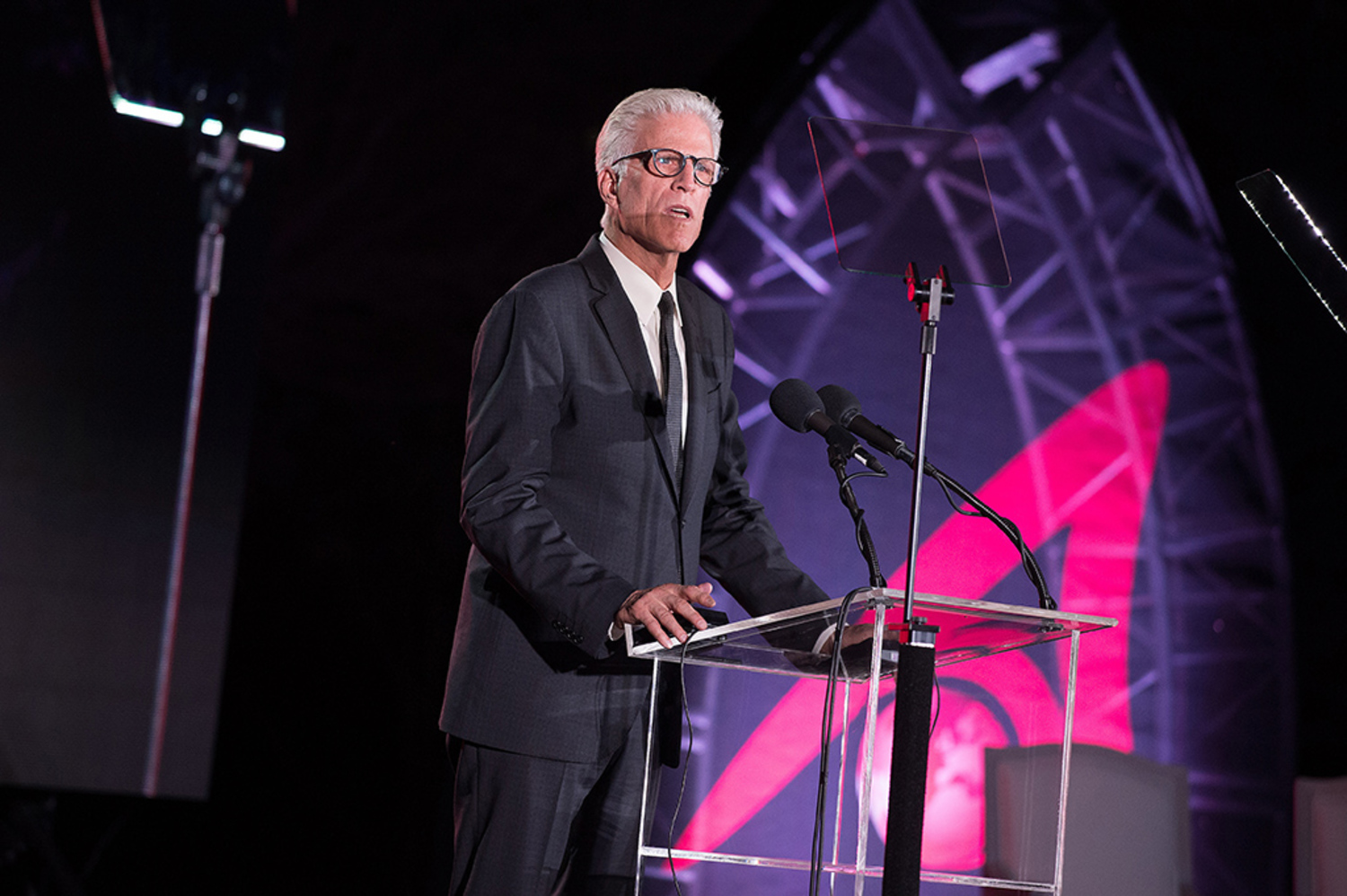 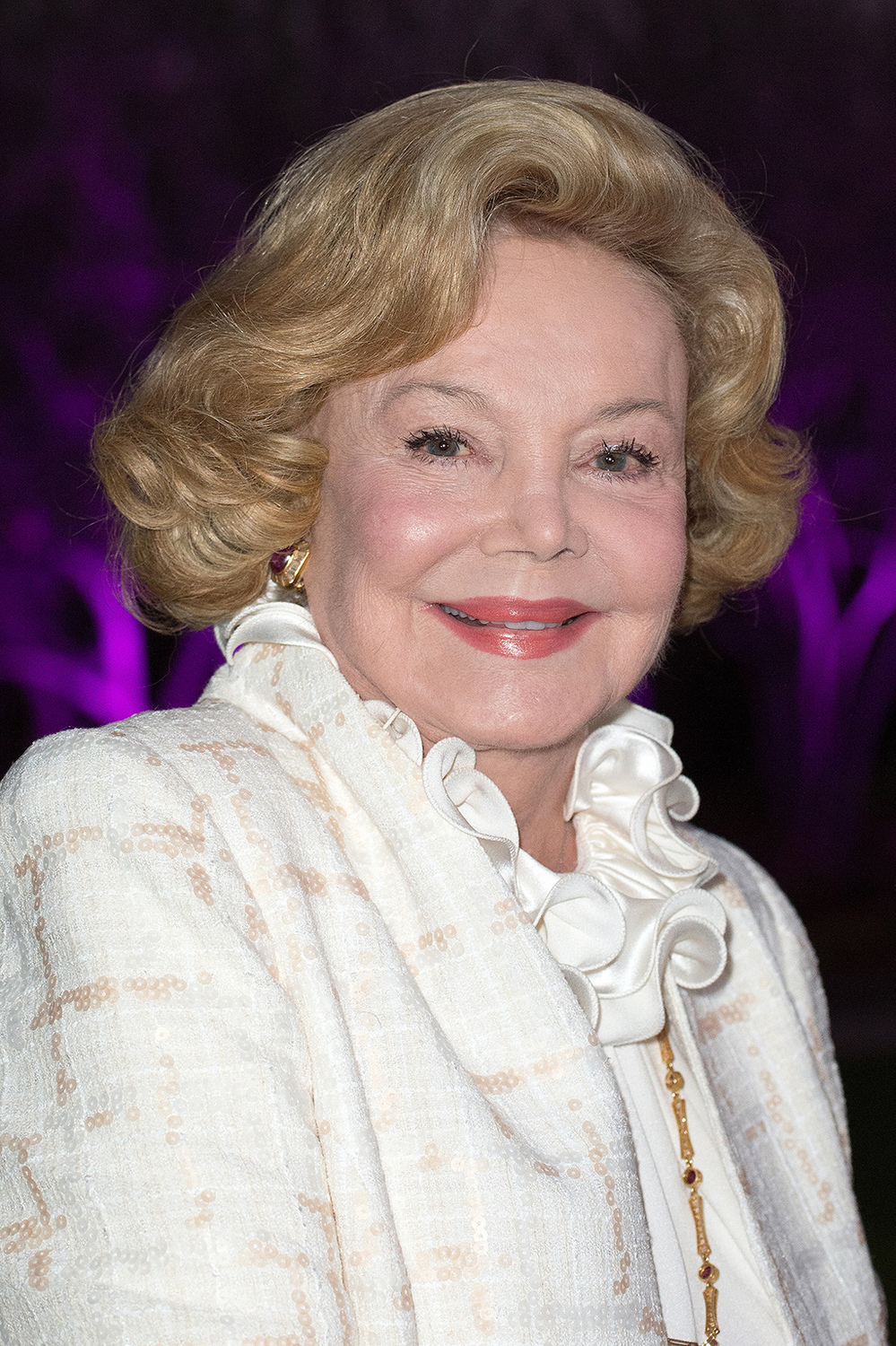 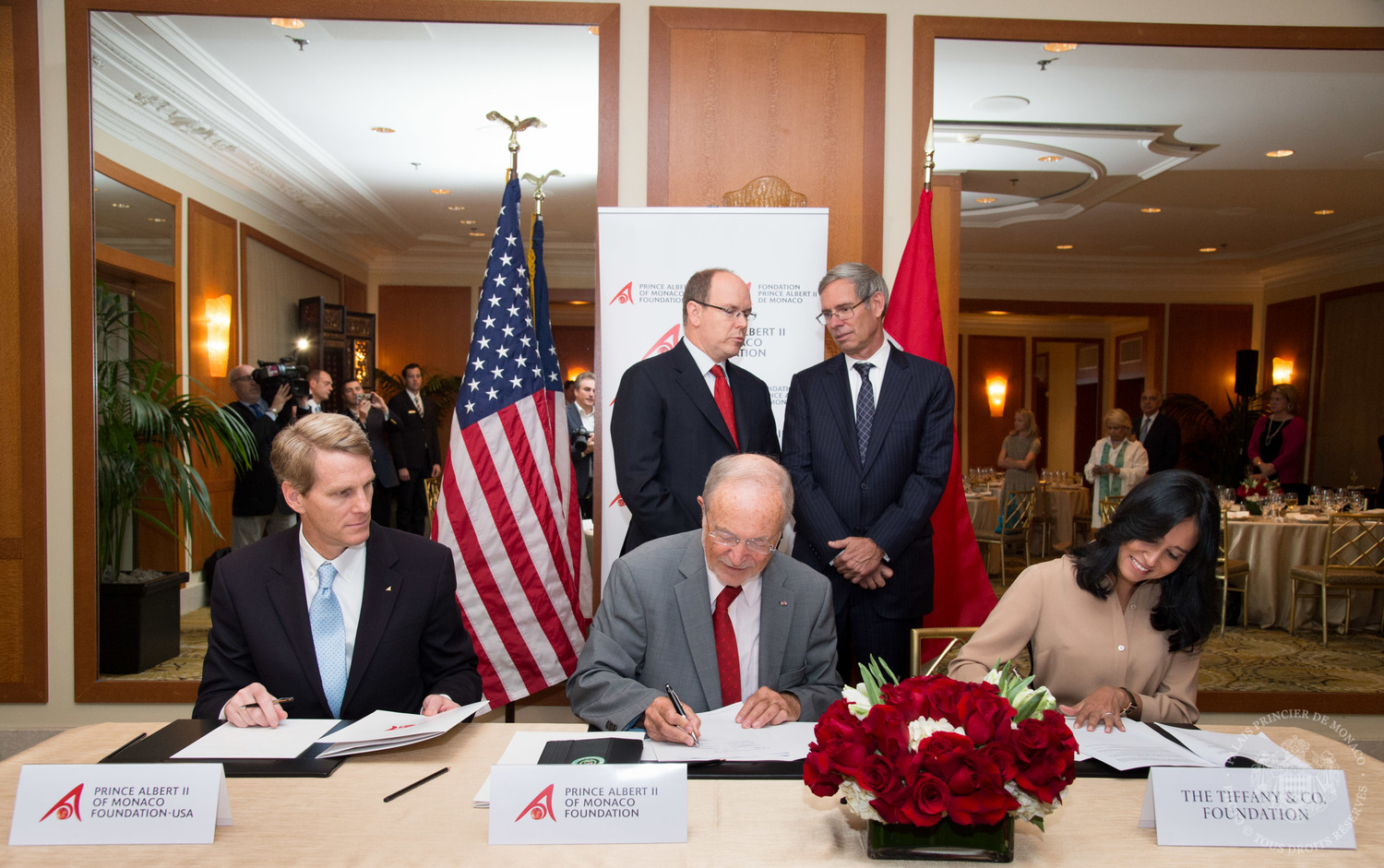 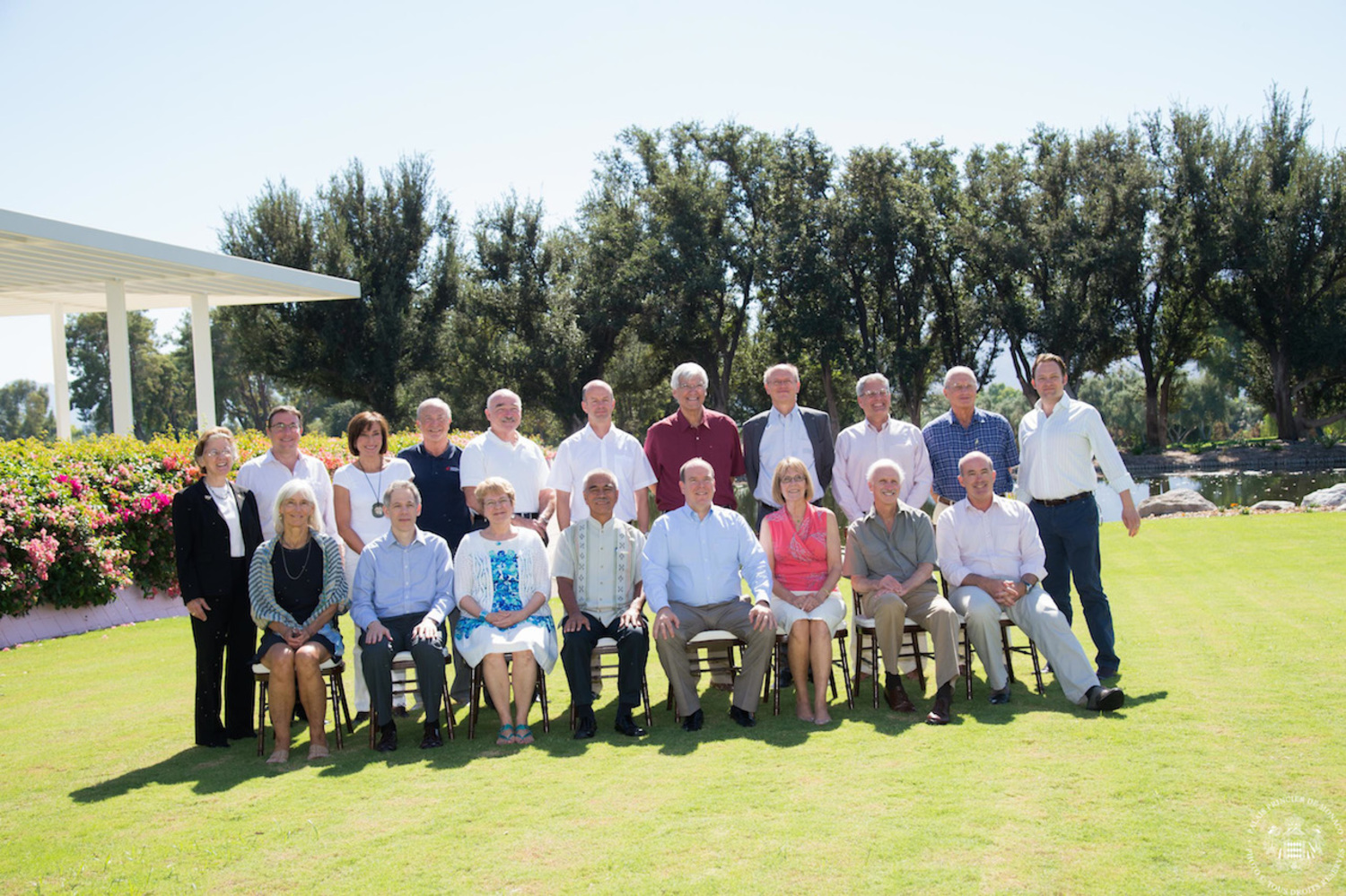 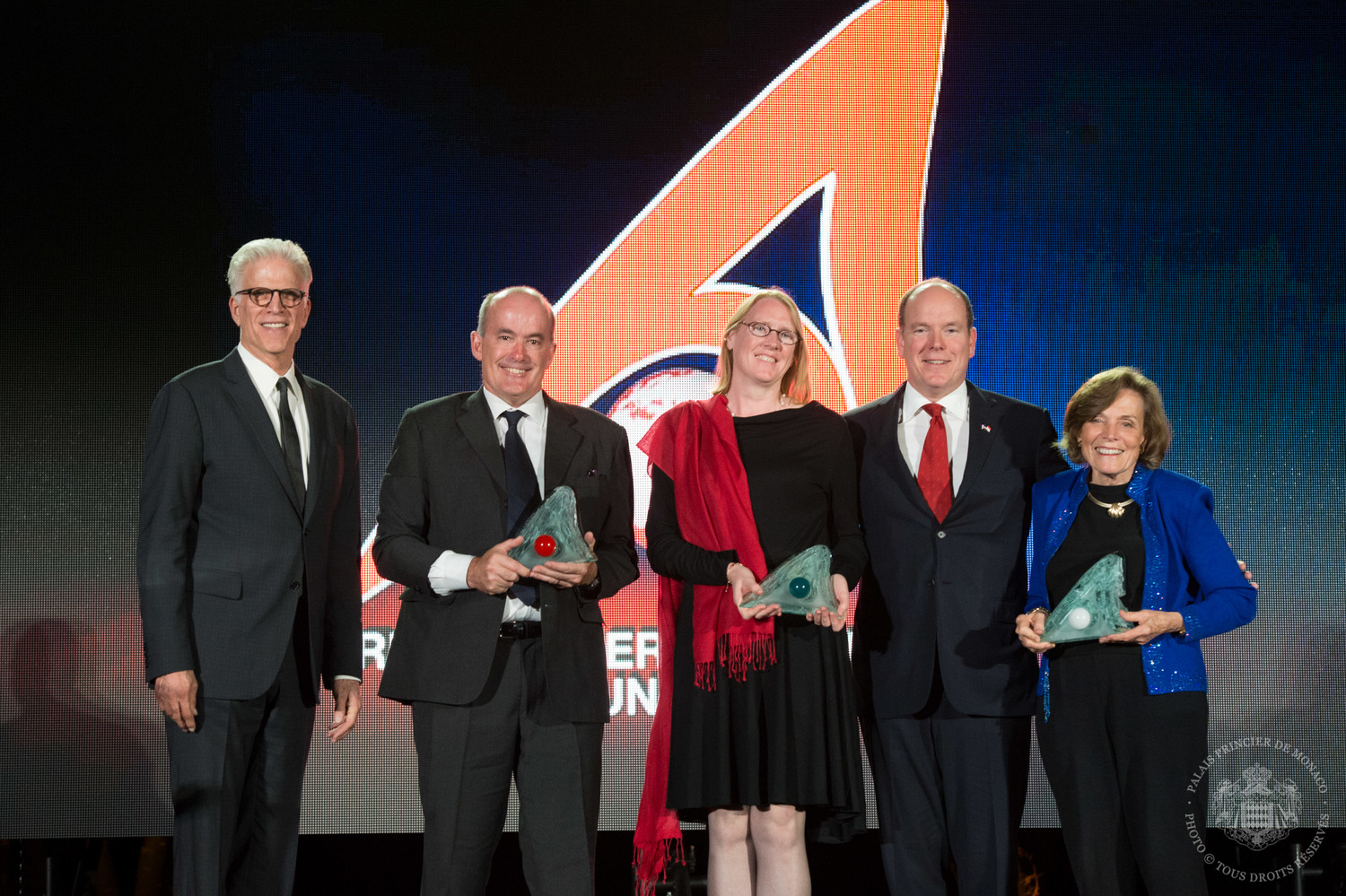