During the reception organised for the launch of the American branch of the Prince Albert II of Monaco Foundation in New York, Jeffrey Sachs, eminent professor of economics at the Columbia University declared: “you’ve got it right, it is urgent that we all work together”, in reference to H.S.H. Prince Albert II’s commitment and the international action of his Foundation for environmental protection.

Professor Jeffrey Sachs, Director of the Earth Institute at Columbia University, was the keynote speaker at the evening to announce the US branch of the Prince Albert II of Monaco Foundation.

Organised by Maguy Maccario Doyle, the Consul General of Monaco and Director of the Monaco Government Tourist Office in New York, the evening was held on 17th September and brought together over 130 guests. The event was presided over by H.E. Bernard Fautrier, Vice President and Chief Executive Officer, representing H.S.H. the Sovereign Prince and by John B. Kelly III, President of the new U.S. arm. Ms. Samantha Smith, member of the Foundation's Technical and Scientific Committee, also addressed the gathering with anecdotes of her participation in the 2006 fact-finding expedition to the North Pole conducted by the Sovereign Prince of Monaco.

“On a day when we are a bit shell-shocked, it should make us think about our responsibility to the planet. There may be a recovery, but only if we stop making the same mistakes. That is why the action undertaken and the message issued by the Prince Albert II Foundation are so important," said Professor J. Sachs.

“Climate change, loss of biodiversity and water are areas under profound stress. The Foundation has picked its issues wisely. It is a true honor to partner with the Foundation. They are on the right path. They’ve got it right. » he concluded.

Mr John B. Kelly said: “The Prince Albert II of Monaco Foundation is different from other environmental Foundations in three unique ways: the three-fold focus of its fields of action, its President’s status as Head of State, and a long family history of environmental protection.”

As he introduced a welcome message from H.S.H. Prince Albert II, Mr Fautrier said the U.S. branch is the latest of the Foundation's chapters along with France, Switzerland and the United Kingdom. There are also plans to open branches in Singapore, Canada, Germany, Italy and Belgium in 2009.

He said that to date the Foundation had awarded more than 11 million euros to support more than 70 projects around the world dedicated to climate change, preservation of biodiversity, the management of water resources and the fight against desertification. He also pointed out that 100% of the donations made to the Foundation are exclusively used to fund these projects.

An avant-garde installation which will also be used to showcase the important work undertaken by the Foundation and the Principality with regard to the environment - the Monaco Lounge – was also presented during the event.

The installation features kaleidoscopes that focus on the Foundation’s work and was designed by a special effects team based in Hollywood.

A video address by Prince Albert II which outlines his personal commitment to the preservation and conservation of the environment and the achievements of his Foundation and the Principality is also projected onto the screens. 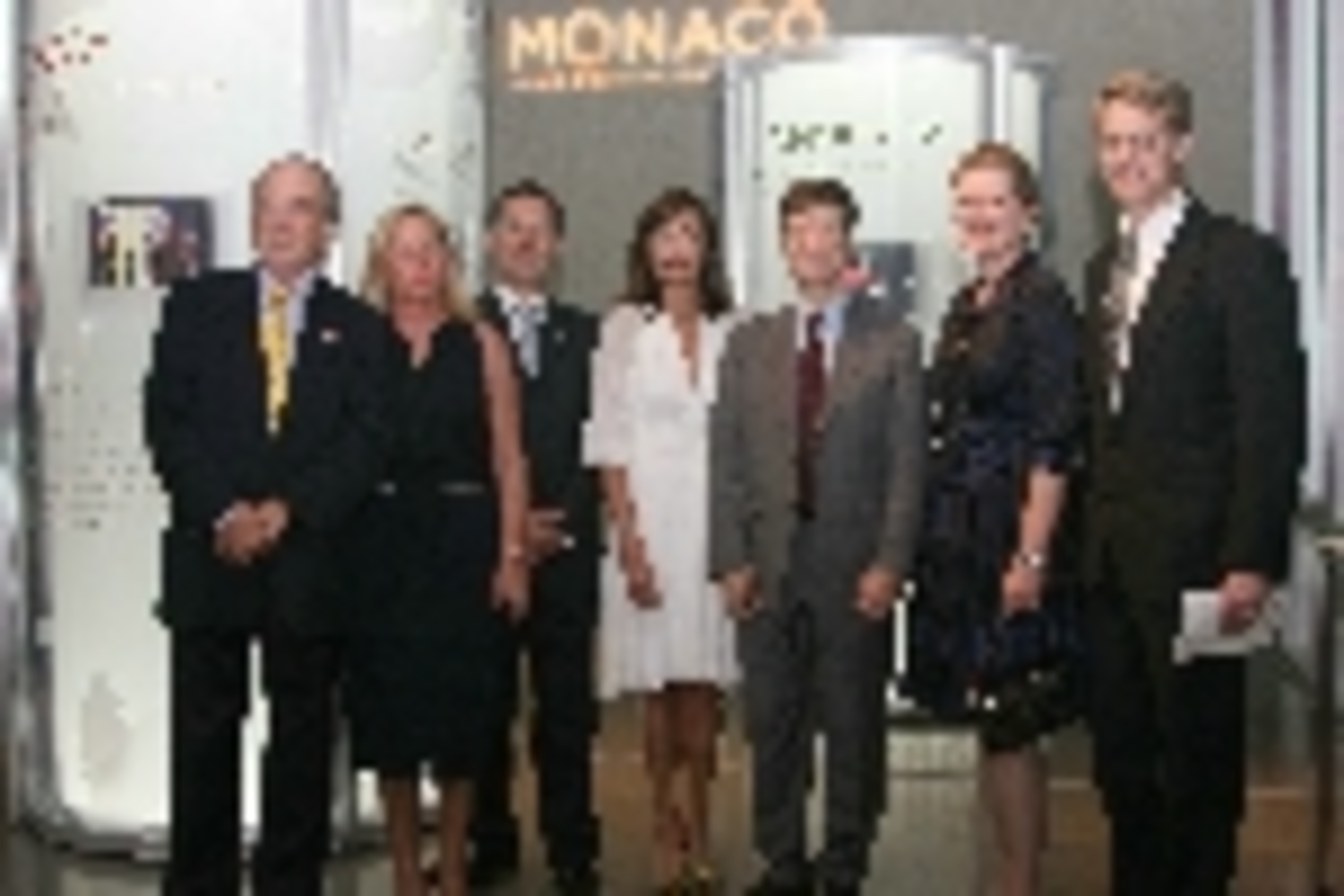