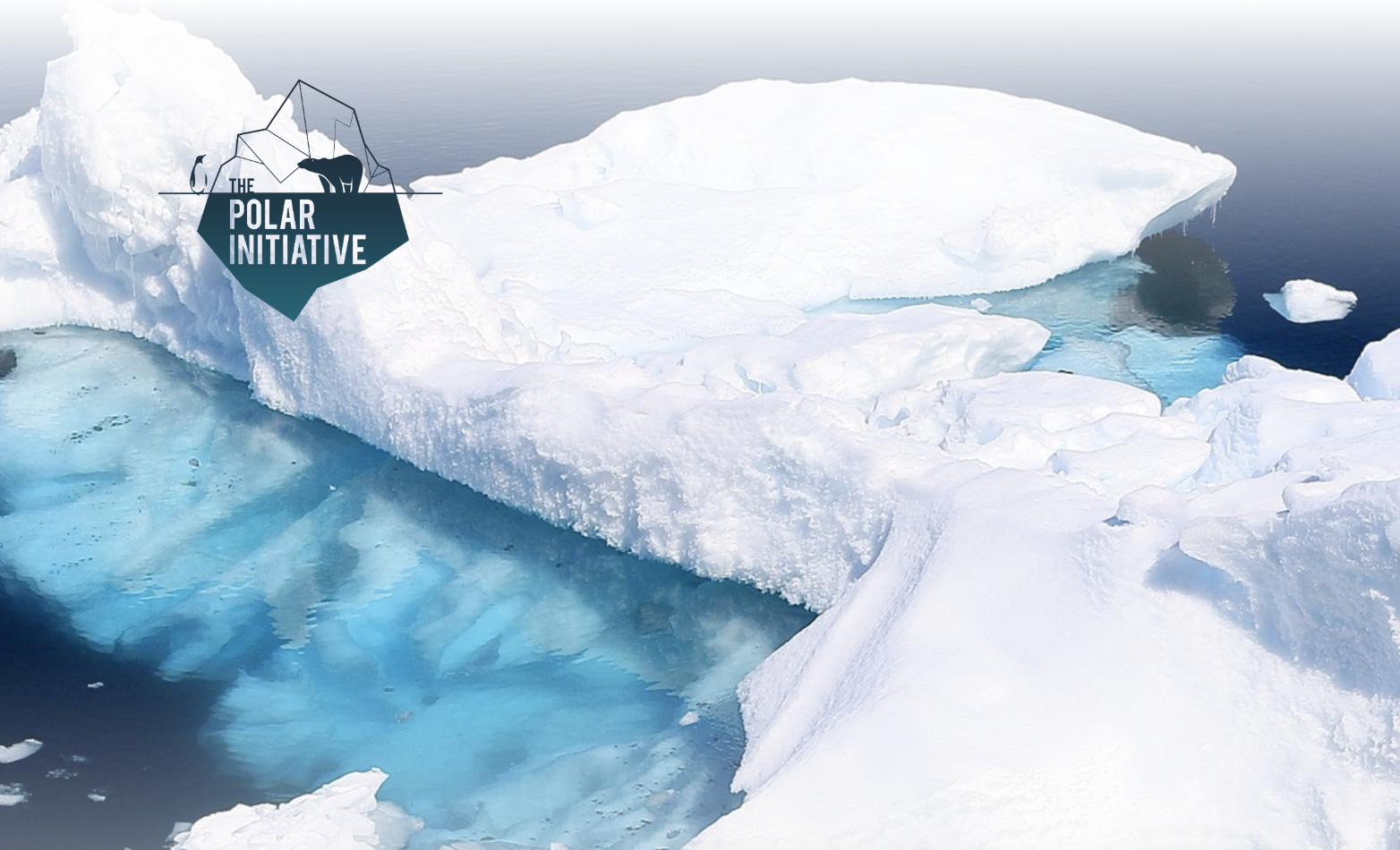 Two poles, one common future: A call for strengthened action to preserve our poles and our planet

In the framework of its Polar Initiative, the Prince Albert II of Monaco Foundation co-organised its first scientific symposium on polar change "The Cold is Getting Hot! Polar Symposium: from the Arctic to Antarctic" on the 24th and 25th February 2022 in partnership with the Scientific Committee on Antarctic Research (SCAR), the International Arctic Science Committee (IASC), and the Oceanographic Institute of Monaco, Prince Albert I of Monaco foundation. More than a hundred leading scientists convened at the Oceanographic Museum in Monaco to discuss polar changes, impacts on people and the economy, governance and solutions.

The significance of the frozen world for the global climate and human socioeconomic development is undeniable. But environmental changes in the Arctic and the Antarctic are accelerating, affecting local species and ecosystems, and impacting the broader climate and ecological systems far beyond the polar regions.

The event “Polar Oceans: engine to the global ocean” organized on June 28 in the frame of the UN Ocean Conference in Lisbon (June 27 - July 1, 2022) has shared the scientific conclusions of this symposium. HSH Prince Albert II of Monaco, polar scientists and advocates gathered to raise attention to the role of the Southern and Arctic Oceans in driving ocean and climate change.

When we think of the polar regions, we tend to think of them as vast, remote, pristine. We think about narwhals and walruses, penguins and polar bears - remarkable species in continents far away from our minds and daily lives. And yet, both our history and our future are tightly linked to the cryosphere. We evolved in a glacial world. Despite their remoteness, polar regions are critical to our health and wellbeing and indispensable in balancing the Earth systems. The poles are home to extraordinary biodiversity, with new species and new genes being constantly discovered. Polar regions are the home of and provide food and livelihoods for hundreds of thousands of people, and they regulate our climate. From Reykjavik to Fiji, our lives are fundamentally and intimately connected to the poles.

But polar regions are changing, right before our eyes and at an unprecedent pace in history. Human-induced climate change causes ice sheets to melt away, ocean circulation patterns to change, permafrost to thaw, polar oceans to warm and acidify. These changes come with consequences for human beings, wherever we live: sea level rise, disruption of the climate system and amplification of extreme flooding, drought and wildfire events, impacts on polar ecosystems and organisms that people depend on for their sustenance. These effects reinforce one another, bringing about impacts that are complex to comprehend and complicated to project.

The retreating ice at the poles also comes with new economic opportunities for oil and gas exploitation, mineral extraction, fishing, tourism, shipping and transport, with associated risks for polar organisms, ecosystems and - in the Arctic - for indigenous people and local communities, in a complex geopolitical context. The poles can play a role in supporting the world’s need for food and energy, if long-term sustainability is put first, with the right balance of protection and utilization, and through truly inclusive and respectful participatory processes.

FACTS ARE CLEAR AND UNDISPUTABLE

Robust science is key to inform a sustainable and resilient development of the polar regions as well as meaningful and effective policy actions.

The symposium made it undeniable that some scientific facts are undisputable:

Large uncertainties remain though and, as new economic opportunities develop, the pace of polar research and scientific findings is not meeting the multiple needs for predicting the future trajectories of the growing changes taking place in the poles. Efforts must be pursued to continuously assess impacts of the new activities upon the fragile ecosystem, while also further monitor biophysical and ecosystem features as well as the impacts of climate change upon polar systems and drawing scenarios. In the deep Weddell Sea, using state-of-the-art technology, world's largest fish breeding ground was discovered. The pharmaceutical industry, looking at its future in the polar regions, is spurring the rise of ‘bioprospecting’ and examining adaptation features of organisms that make their home in one of the most extreme environments in the world. Such a fundamental engine of the global gcean, atmosphere and climate systems, the polar worlds retain much unknown that, further researched, would help inform the scope of adaptation and protection that can still be attained in the face of climate change.

A CALL FOR IMMEDIATE ACTION

Sharing findings and views, participants of the Symposium call for further efforts to strengthen actions in favour of the protection of the polar regions and a sustainable world, by :

1. Addressing climate change as a matter of urgency

Rapidly reducing carbon dioxide and other greenhousegas emissions and keeping warming well below 2°C as per the Paris Agreement remains paramount, thus preventing the worst effects in the poles and the catalytic effects throughout the world in terms of sea level rise, disruption of ocean and atmospheric currents, and increased warming. Every tenth of a degree matters.

This means a) accelerating the pace of science, focusing on resolving the greatest uncertainties, providing access and resources for better infrastructure and encouraging cross-sector collaboration science-society-industry; b) mobilizing greater collaborative initiatives, building on success stories and lessons learned from previous and ongoing flagship projects such as MOSAIC, EPICA and the International Thwaites Glacier Collaboration; and c) ensuring it be inclusive, interdisciplinary, integrated, and co-produced. Indigenous peoples and traditional knowledge have a crucial part to play. And polar early career scientists must be better supported and stimulated to participate in co-designing, implementing and sharing research work.

Science and knowledge underpin the sustaining of resilient economies and communities, particularly in the face of change. There is a critical need to develop integrated interdisciplinary observing systems in the polar oceans, to improve projections of global warming and better prepare for inevitable changes. Urgent research also needs to prioritize a better understanding of ocean-ice interactions and ocean heat absorption.

3. Minimizing other pressures and providing space and time necessary to discover and protect polar life before it is lost and strengthening resilience in the face of accelerating climate change

Management actions need to be precautionary and responsive to new discoveries and new data, so that actions can be adjusted according to the information available. Creating marine protected areas, in the right places supported by adequate monitoring and enforcement, is a proven management response that will protect polar ecosystems. Removing pollution threats, minimizing species invasions, and promoting sustainable fishing are other appropriate options. Importantly, no solutions will work if they are not fair and equitable, respecting the rights and knowledge of indigenous peoples and local communities in the north.

Though issues and context are different, there remain many common themes that would benefit from greater sharing and joint work, all the more as the polar regions are the most difficult and remote places in the world for sustained data collection, thereby most expensive to finance. As new technology using satellites, robotics and artificial intelligence will be needed, cost sharing and mutual use would be advantageous. Ocean-climate issues or sea-ice interactions across the two poles call for joint research effort. Economic opportunities arising in both poles would best be accompanied by common capacity building and monitoring protocols. These require significant investment, international collaboration, and innovative partnerships, and greater opportunities must be made available to coordinate Arctic and Antarctic scientific efforts for the sake of efficiency and effectiveness as well as for joint assessment and projections.

5. Giving polar issues a voice, thanks to influential sherpas

The scientific community needs efficient channels and outreach to present and alert stakeholders. Scientists hold the messages, but they need to make them heard far beyond polar regions. Leaders and messengers are urged to continue to give a voice to science and forcefully bring findings and knowledge to wider audiences, sharing stories and emotions as much as facts: mainstreaming polar issues in international conferences focusing on ocean or climate as well as concerning low lying islands or desert countries; mobilizing other media, advocates and influencers together with scientists to make visible the roles of the polar regions and the way they are changing.

The polar regions as we knew them are not the same today and will not be the same tomorrow. Some of the future change is inevitable, locked in by past and current emissions, but we retain the possibility to halt some of the adverse impacts, adapt to the change and preserve key functions of the ecosystems, even if the window to act is quickly closing.

The most recent, undisputable scientific evidence not only defines the state of the environment and possible future courses, but also provides a roadmap of causation that underpins discerning the actions needed to start reversing the effects of decades of greenhouse gas emissions.

Alongside HSH Prince Albert II of Monaco, whose long-lasting leadership on polar issues is internationally recognised, the partners of the Polar Initiative and the participants of the Symposium call for a greater protection of Arctic and Antarctic regions and for shedding a continuous light on the benefit they represent for the Planet and Humanity.