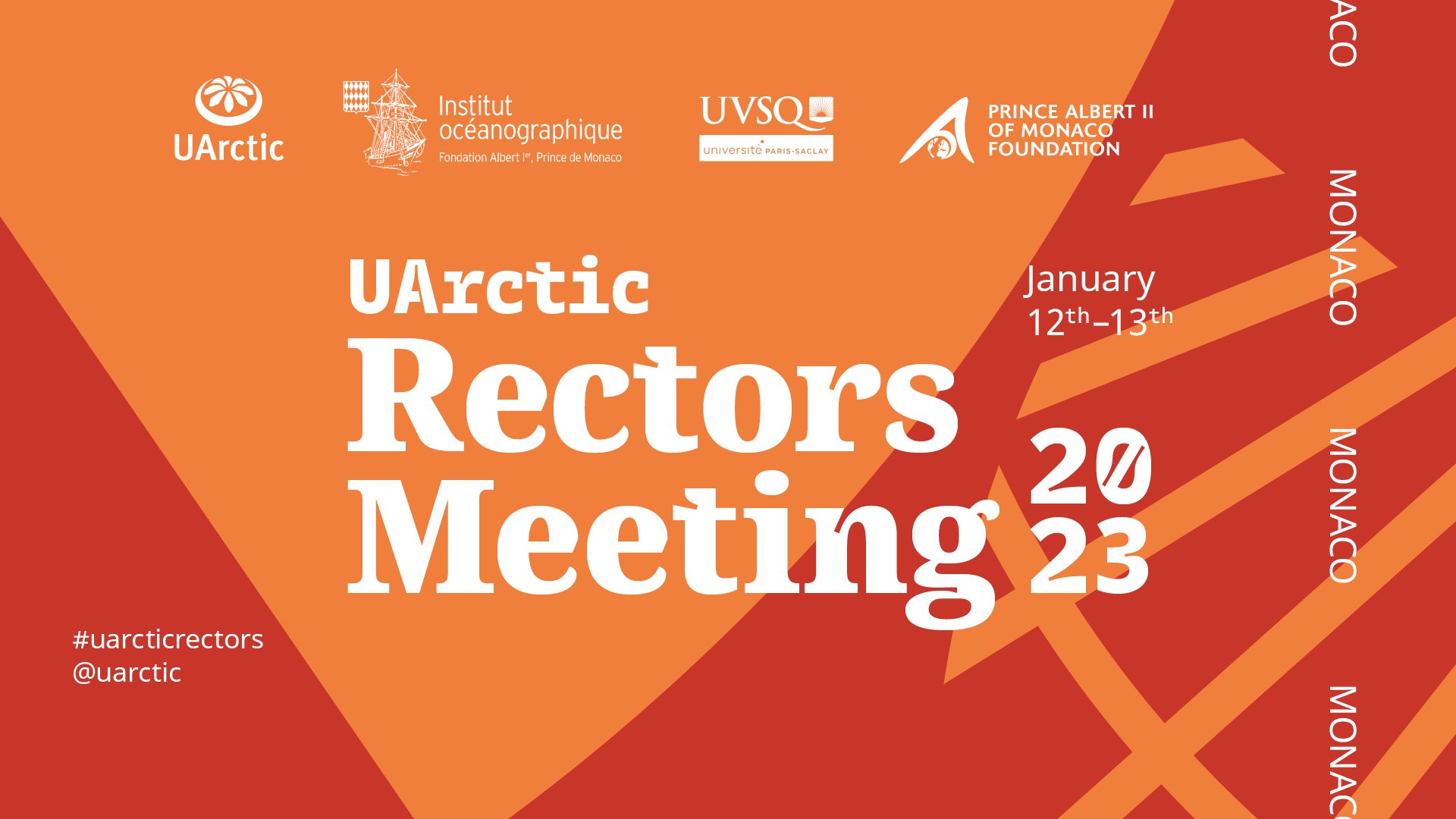 Leads of higher education institutions, members of the University of the Arctic (UArctic) network, concerned with the Arctic and its relations with the world, are meeting at the Oceanographic Museum of Monaco on January 12-13, 2023 with the theme “Academic cooperation as a solution for achieving sustainable goals in a rapidly changing Arctic world”.

The aim is to develop and deepen cooperation ties both inside and outside academia to address the challenges and opportunities arising in the Arctic. The meeting participants will focus especially on how Arctic institutions and members of UArctic in general can work more closely together while also seeking intersectoral connections to address the challenges we are facing in a rapidly changing world.

Climate change increasingly impacts our planet, reflecting on the circumpolar regions and the Arctic nearly four times as much as the rest of the globe; a phenomenon that has been identified as “Arctic amplification”. As the latest research shows, changes in the Arctic have the potential to strongly impact the world with irreversible negative effects. We urgently need science to find the best ways to address the critical problems, not just in theory but also in practice. In order to act swiftly, we need collaboration across organizations and nations, and we need the combined expertise and knowledge of various actors.

The meeting discussions will take place under four sessions, each including a keynote speech followed by a panel:

The themes reflect some of the most critical and debated issues that the Arctic region and its inhabitants are facing as a result of the world in need of sustainable solutions. As creators and providers of knowledge, education and research institutions in the Arctic play an important role in developing those solutions. By increasing and deepening academic collaboration and combining their expertise, institutions can contribute significantly to sustainability goals in a way that serves both the world and the Arctic.

In addition to leads of higher education institutions from several countries, the meeting will engage members of the UArctic Board and other representatives. Invited high-level speakers include:

Monaco and the Poles, Over 100 Years of Relations

Prince Albert I, explorer and visionary, founder of the Oceanographic Institute of Monaco, opened the way at the end of the 19th century by organizing several expeditions in the Arctic and Spitsbergen with the aim to become better acquainted with environments which at that time were little known and well-preserved. In 2022 and for a period of two years, the Oceanographic Institute has put Arctic and Antarctic at the centre of its new programme, including the publication of the book At the heart of the polar worlds, Challenged by global warming and exploitation by Glénat and the major “Polar Mission” exhibition at the Oceanographic Museum of Monaco, in order to raise awareness and mobilize the public on a very large scale.

Some one hundred years after Prince Albert I, climate change has produced a very different situation. After following in the steps of His great-great-grandfather to the North Pole and rounding off the path by visiting the South Pole, HSH Prince Albert II has made His commitment, convinced that only international cooperation can save the poles. The Prince Albert II of Monaco Foundation and UArctic have collaborated for over a decade in research development, education, and awareness about northern environmental issues and fight against climate change. His Serene Highness Prince Albert II of Monaco will join the Rectors Meeting in person and deliver the welcome address on the morning of January 13.