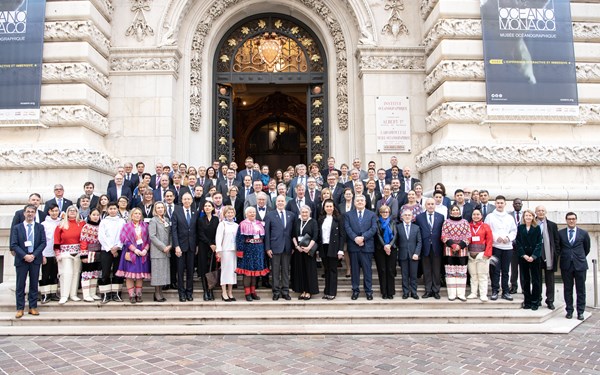 Leadership from UArctic higher education members gathered in Monaco on January 12-13, 2023 to develop and deepen academic cooperation as a solution for achieving sustainable goals in the rapidly changing Arctic.

Over 100 participants joined the UArctic Rectors Meeting at the Oceanographic Museum of Monaco. With representation from 29 UArctic member institutions, the meeting provided an excellent opportunity for higher education leadership to share insights from their institutions and find new avenues for collaboration. In total, the meeting welcomed participants from over 60 organizations, ensuring broader reach for the discussions on critical Arctic and global issues.

His Serene Highness Prince Albert II of Monaco delivered the welcome address on the morning of January 13. As a long-time supporter of UArctic through his Foundation, the Sovereign highlighted the role of universities in solving the challenges the Arctic is facing:

“Universities are places where knowledge is produced. To protect the Arctic, as with everything related to the environment, nothing would be possible without science and without the work of scientists. Nothing would be possible without such painstaking – sometimes unrewarding – efforts, which alone enable us to see beyond appearances, to understand the complex mechanisms at work, to anticipate their effects, and more importantly to find ways of mitigating and adapting to them. This is why we need to encourage research without respite, to nurture it, protect it, and to disseminate the knowledge it offers us as widely as possible.”

In his speech, the Sovereign also emphasized the importance of knowledge transmission and engaging the youth:

“The specific role of universities is also due to their being not only places where knowledge is produced but also where it is transmitted. This is also an essential quality for responding to the challenges that we face today. Their solutions can only be found through the awareness, education, and mobilization of new generations. […] I would specifically like to underline the importance of involving the Indigenous youth of the Arctic region. Due to their particular acuity in regard to the changes that concern them directly, due to their knowledge of the immediate areas and their capacity to act, these young people will be the main players of change.”

Olivier Wenden, CEO and Vice-President of the Prince Albert II of Monaco Foundation highlighted the importance of creating synergies between the Arctic and the Antarctic as a way of advancing Polar protection:

"I am delighted that we are able to take time today to address together the situation in the Arctic and the Polar Regions in general because what happens in the Poles doesn’t stay in the Poles and affect largely our forests, deserts, climate – in other words our daily lives.

Although the threats they face are well-known, too seldom do they attract the attention they deserve, probably because they are far and away. We always imagine them as pristine, remote, wild and secured.

The context is not the same in the Arctic and Antarctic, but they echo each other."

The Rectors meeting was also the opportunity to present The Polar Initiative, launched in 2022 by the Foundation and its partners, and its four pillars.

The majority of the program took place under four thematic sessions, each opening with a keynote speech, followed by a panel. This proved to be successful format in creating and encouraging dialogue. The keynotes set the stage for discussion, the panelists shared their experiences and opinions as well as commented on each other’s input, and the audience contributed to the discussion through a Q&A at the end of each panel. The full list of sessions and their speakers are found at the end of this news piece.

The program content reflected some of the most critical and debated issues in the Arctic today. As pointed out by many speakers, higher education institutions play a crucial role in understanding the key issues and what is happening, and also in developing better and more sustainable solutions to the problems faced by the Arctic and its inhabitants. By increasing and deepening academic and intersectoral collaboration and combining their expertise, higher education institutions can contribute significantly to sustainability goals in a way that serves both the world and the Arctic.

A summary report of the Monaco Rectors Meeting is currently being produced, and it will be shared at a later date.

Session I: The Green Shift, energy crisis, and quest for natural resources: impacts on the Arctic environment and communities

Session II: Arctic societies and communities in a rapidly changing world: to what extent is the renewed interest in the Arctic welcome?

Session IV: Arctic cooperation in higher education and research: the need to re-think and intensify academic and intersectoral cooperation

Keynote: Anne Husebekk, Vice-President for Freedom and Responsibility in Science, International Science Council, Vice-chair of the Board of UArctic, Norway

Facilitator: Sari Lindblom, Rector of the University of Helsinki, Finland 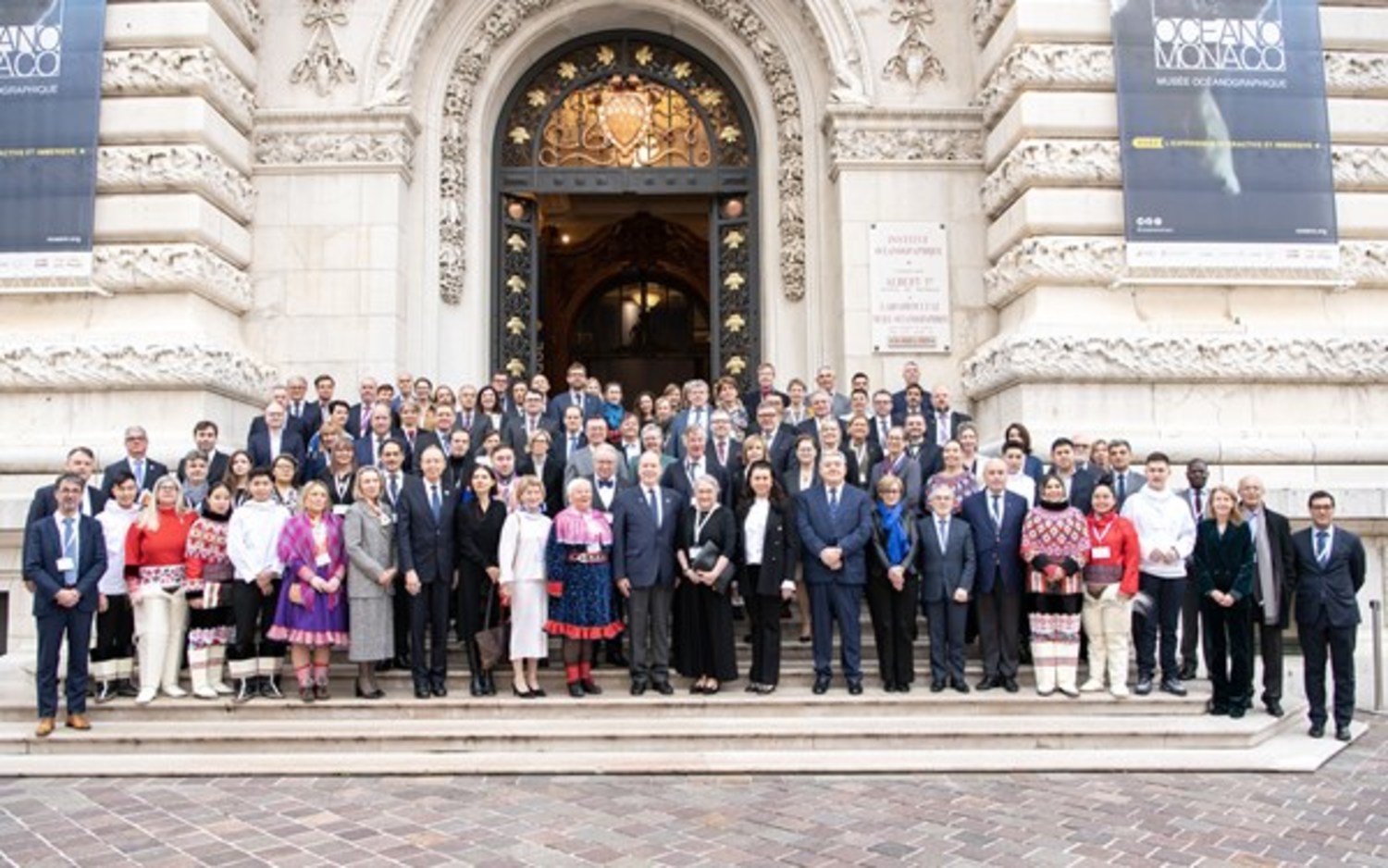 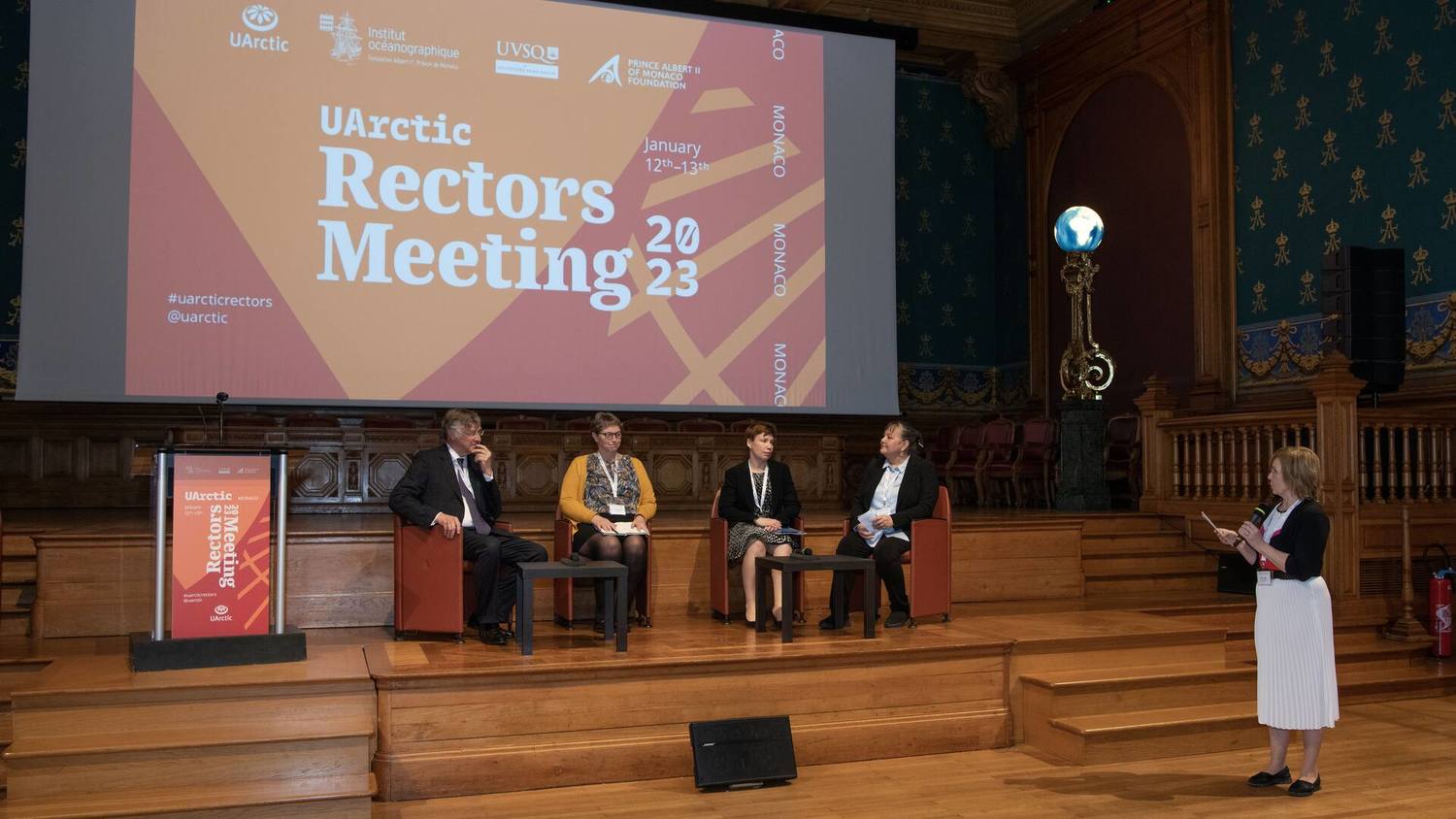 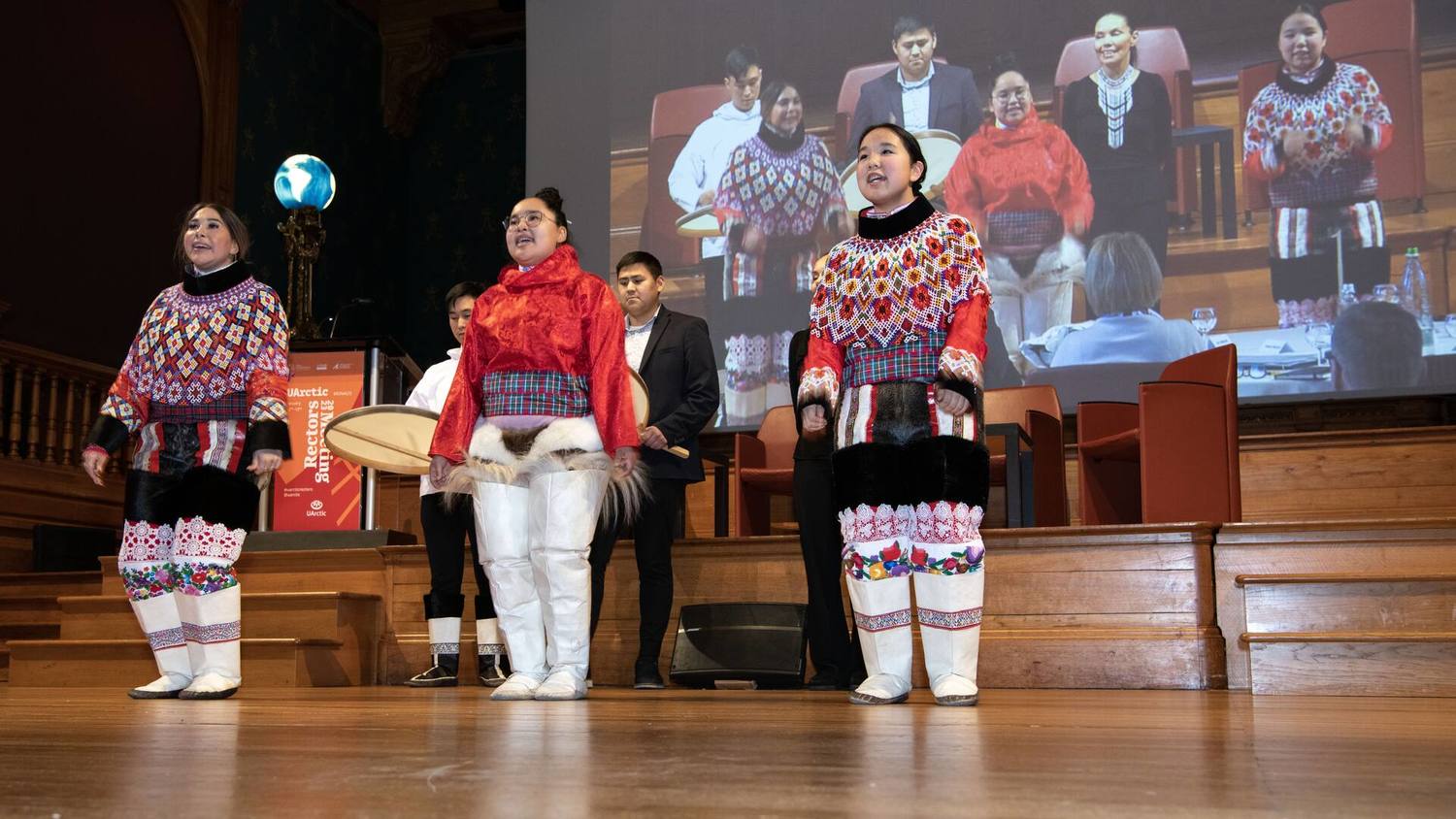