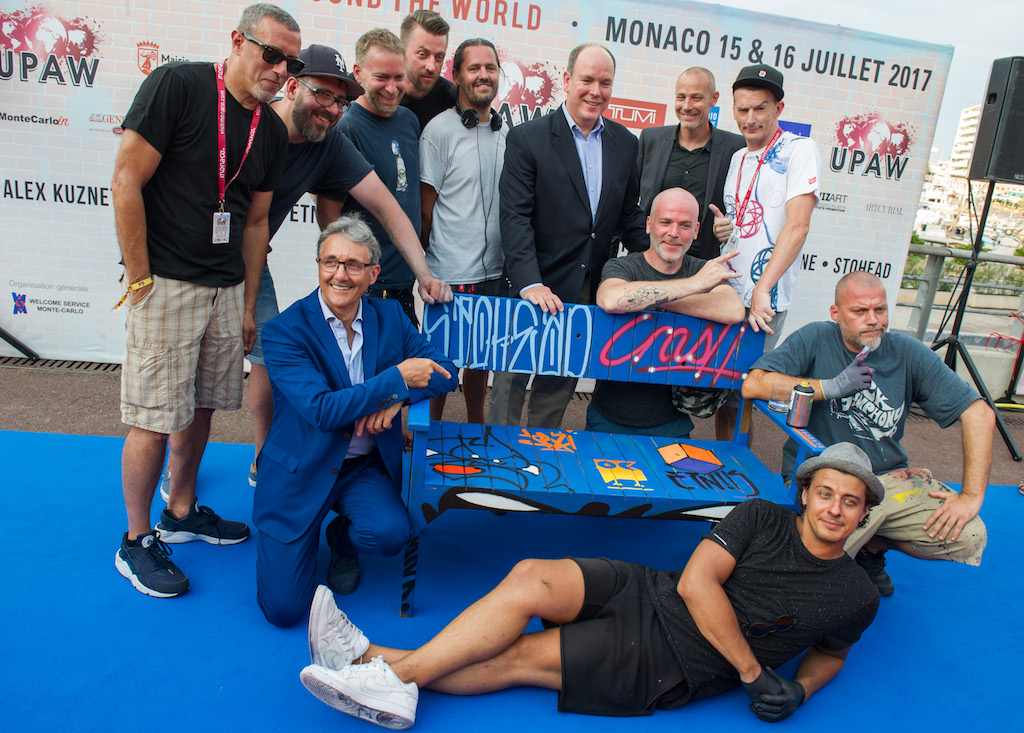 UPAW hands over a cheque to the Foundation

On 15th and 16th July 2017, Monaco played host for the first time ever to some of the world’s most prestigious artists in urban art on the Quai Albert I esplanade. The theme chosen was ocean protection.

Devised by Alberto Colman, editor of the Italian magazine Monte Carlo In and director of the events company WSM Events,  the exhibition entitled Urban Painting Around the World (UPAW) offered nine artists (Alex Kuznetsov, Blancbec, Etnik, Jazi, John CRASH Matos, Mr Oneteas, Mist, Sozyone and Stohead – who were honoured by a visit from HSH the Sovereign Prince) brought together by the Willem Speerstra Gallery the opportunity to create works live, which were subsequently sold at auction by Artcurial for the benefit of the Foundation. 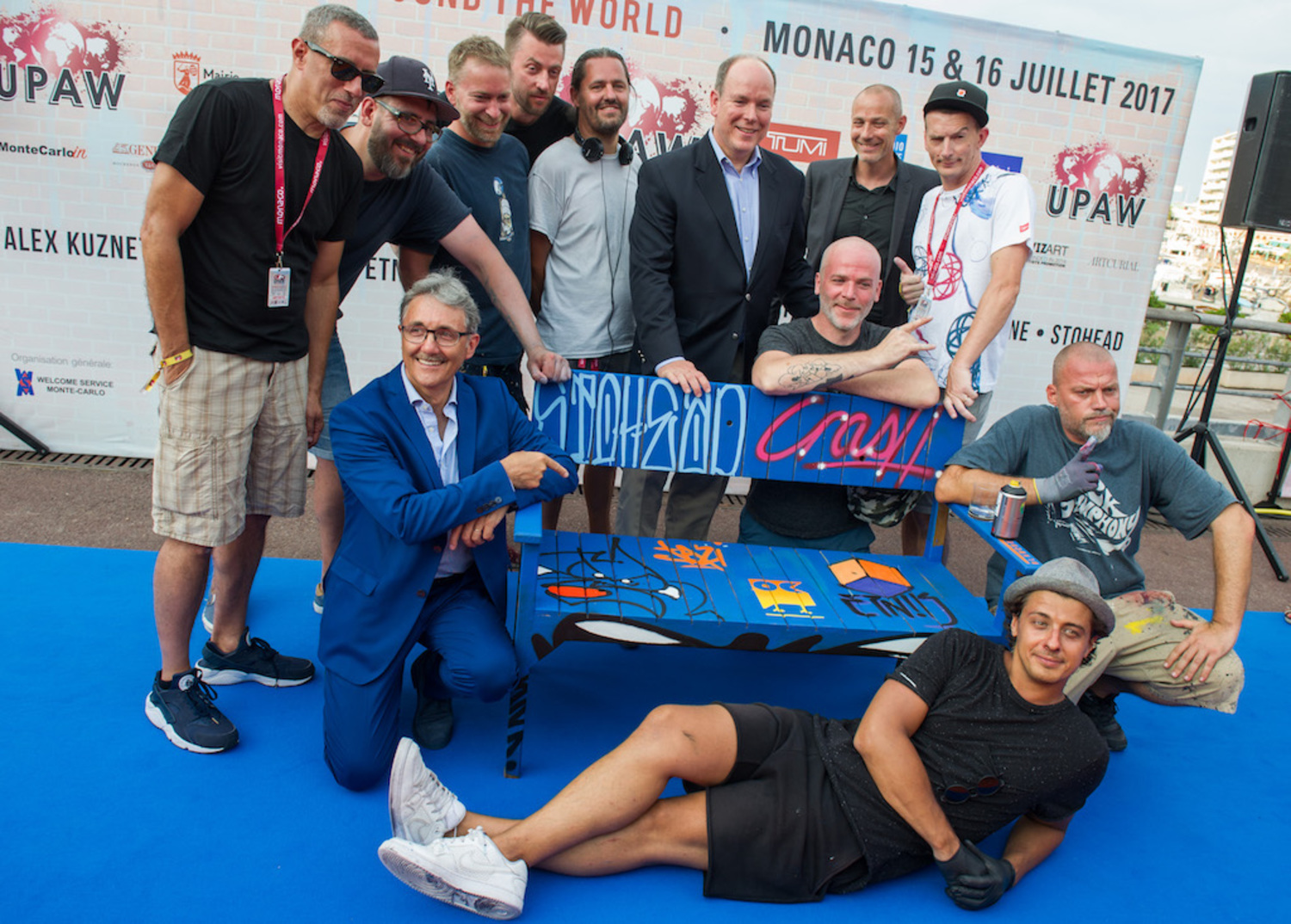 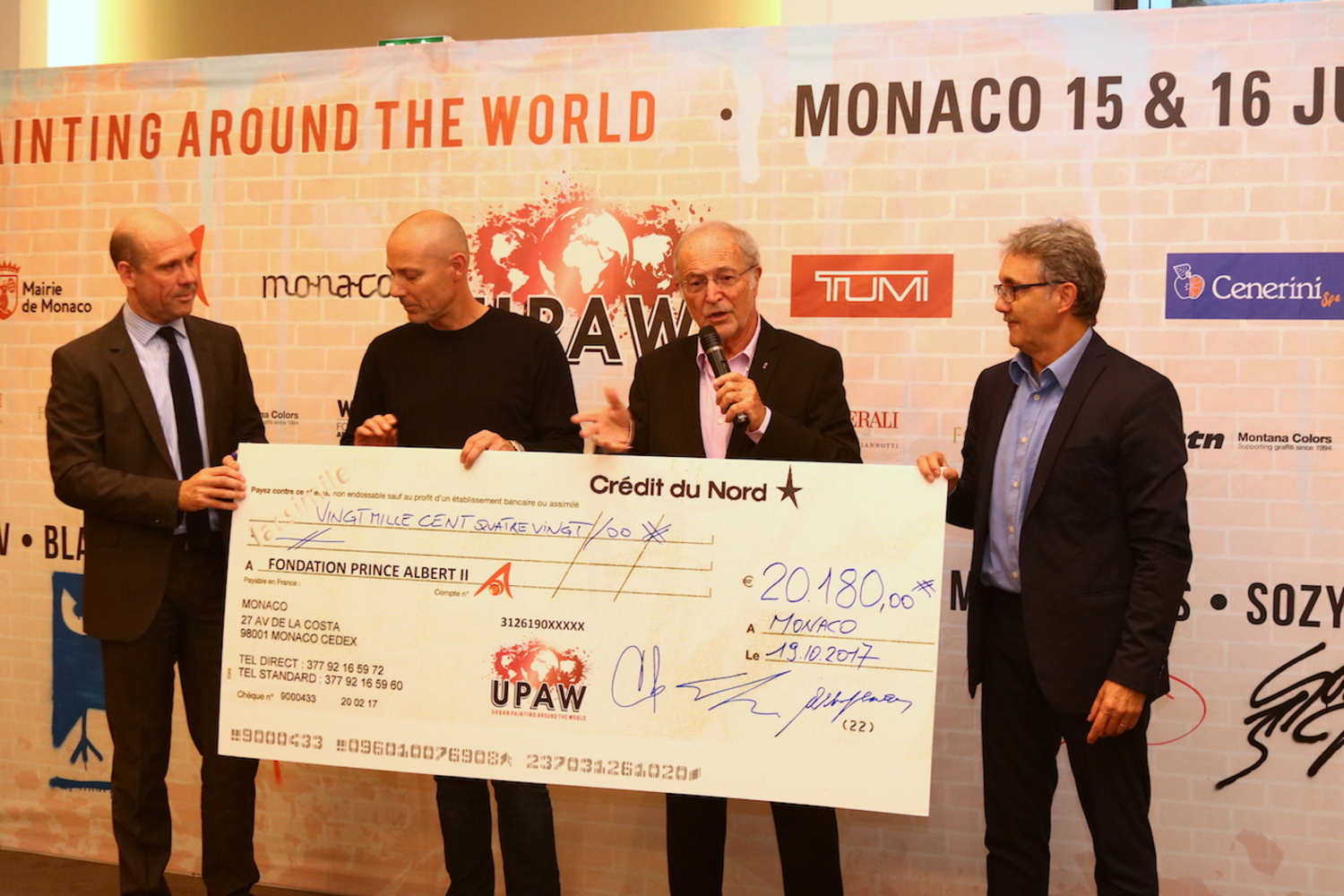