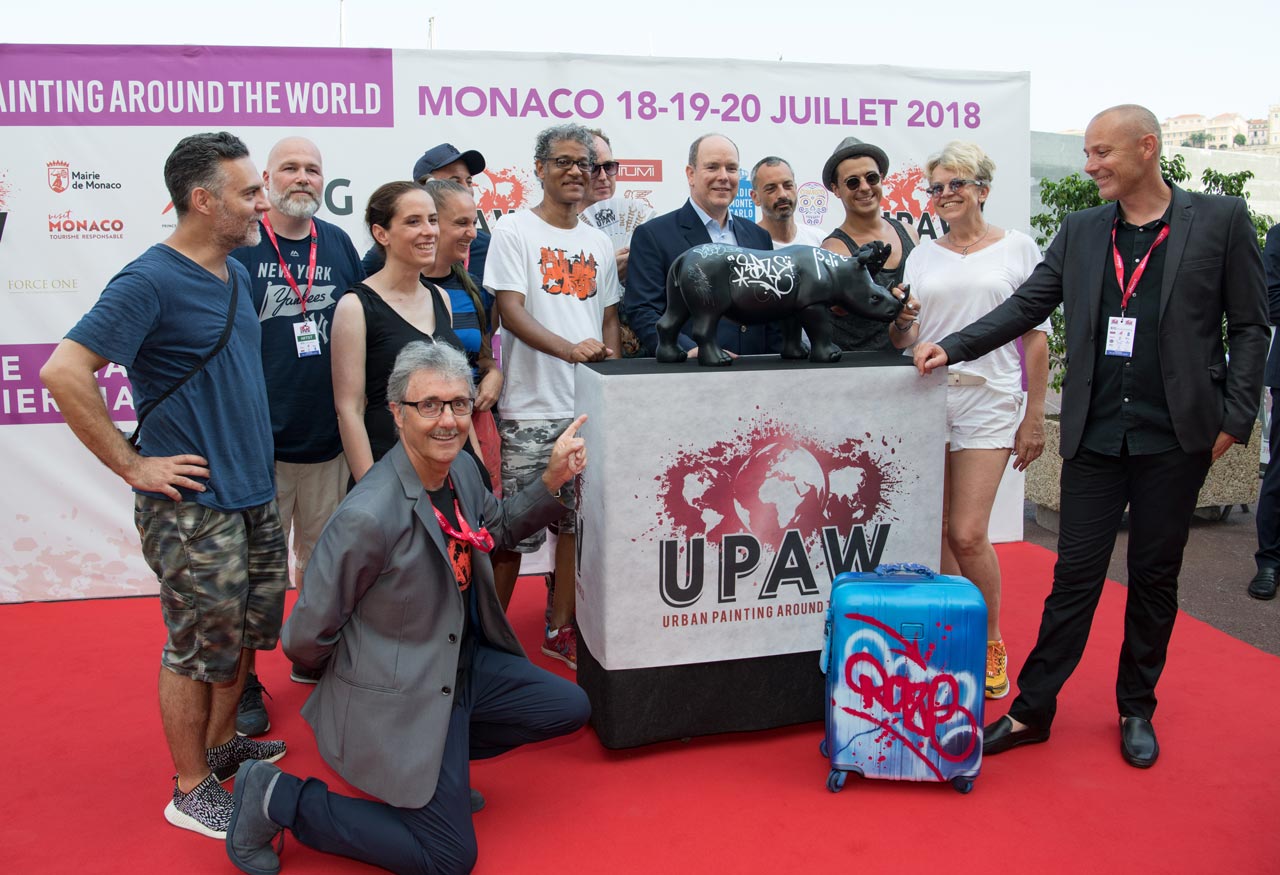 The second installment of the live urban art performance: Urban Painting Around the World took place at the Port of Monaco from July 18th – 20th. Lasting three days, ten urban artists from ten different countries came to express their artistic talents through works addressing the theme: “A bite of the Planet” Alberto Colman, founder of this event, wanted to combine art and the environment: “We need to raise awareness about everything that surrounds us. The planet belongs to everyone and it doesn’t take much to improve the situation. Art is an excellent way to spread this message. Now, it’s time to act!”

Judging from the magnificent ephemeral frescoes that these graffiti artists created, it appears that they were very inspired by the theme. New York artist Daze draws our gaze towards the Mediterranean, suffering from a number of environmental pressures. Xavier Magaldi portrays glaciers in danger, Mr. One Teas criticizes the vices of consumerism, Swedish artist Huge depicts a gorilla and a frog, two endangered species in Brazil, and others decided to address the threats to coral in Beli each artist giftedly addressing his theme in his own way.

H.S.H Prince Albert II paid a visit to the UPAW event space to meet the artists and see the works in progress. During his visit, the Sovereign of Monaco painted a turtle among the coral in Beli with a stencil and contributed to one of Mr. One Teas’ works in progress. At the end of his visit, Alberto Colman and Willem Speerstra presented the Prince with a miniature rhinoceros, the symbol of the 2019 UPAW theme: Endangered Animals, spray painted by all the artists.

H.E. Bernard Fautrier, vice president of FPA2 and Patrice Cellario, the Minister of Interior and culture joined HSH Prince Albert II of Monaco during His visit. Others who paid a visit to the UPAW event include: Mireille Pettiti, the Ambassador of Monaco in Russia, along with her husband Gérard Pettiti, the Mayor of Monaco Georges Marsan (the first to believe in this initiative and to give his support for its realization), the President of the National Council of Monaco, Stéphane Valéri, who hoped this event would engage and inform the youth, legislators Béatrice Fresko-Rolfi, Marie-Noelle Gibelli and Franck Lobono, and city council members  Jacques Pastor and Karin Salopek-Ardisson,

City Hall and the Department of Tourism (support given by the previous director Guillaume Rose) supported the realization of this event.

The auction held by Artcurial and Arnaud Oliveux as the actioneer on Friday, July 20 was a great success. It is still possible to purchase the remaining works, along with several Tumi suitcases decorated by the artists. To do so, contact willem.speerstra@speerstra.net. The proceeds of these sales will be given to the Prince Albert II of Monaco Foundation to support a project for the protection of the environment. Last year, UPAW contributed to a project for the protection of chimpanzees.

UPAW was a huge success in terms of attendance, and additionally, for those who wished to partake in the creativity, a public wall was at their disposal to be decorated.

H.E. Bernard Fautrier, not only vice president of FPA2 but also vice president of the Monegasque Athletics Federation, proposed that UPAW create two walls for the award ceremony of the Herculis Diamond League International Athletics Meeting on Friday, July 20 at Louis II Stadium. The winners of the evening signed these graffiti walls, realized by Xavier Magaldi (the effect of speed in blue) and Mr One Teas (Shot Put), as a tribute to the athletics.

Urban Painting Around the World, EFG Bank, Tumi, and General Insurance also contributed to the production of this event.

The third edition of UPAW will take place in July 2019. 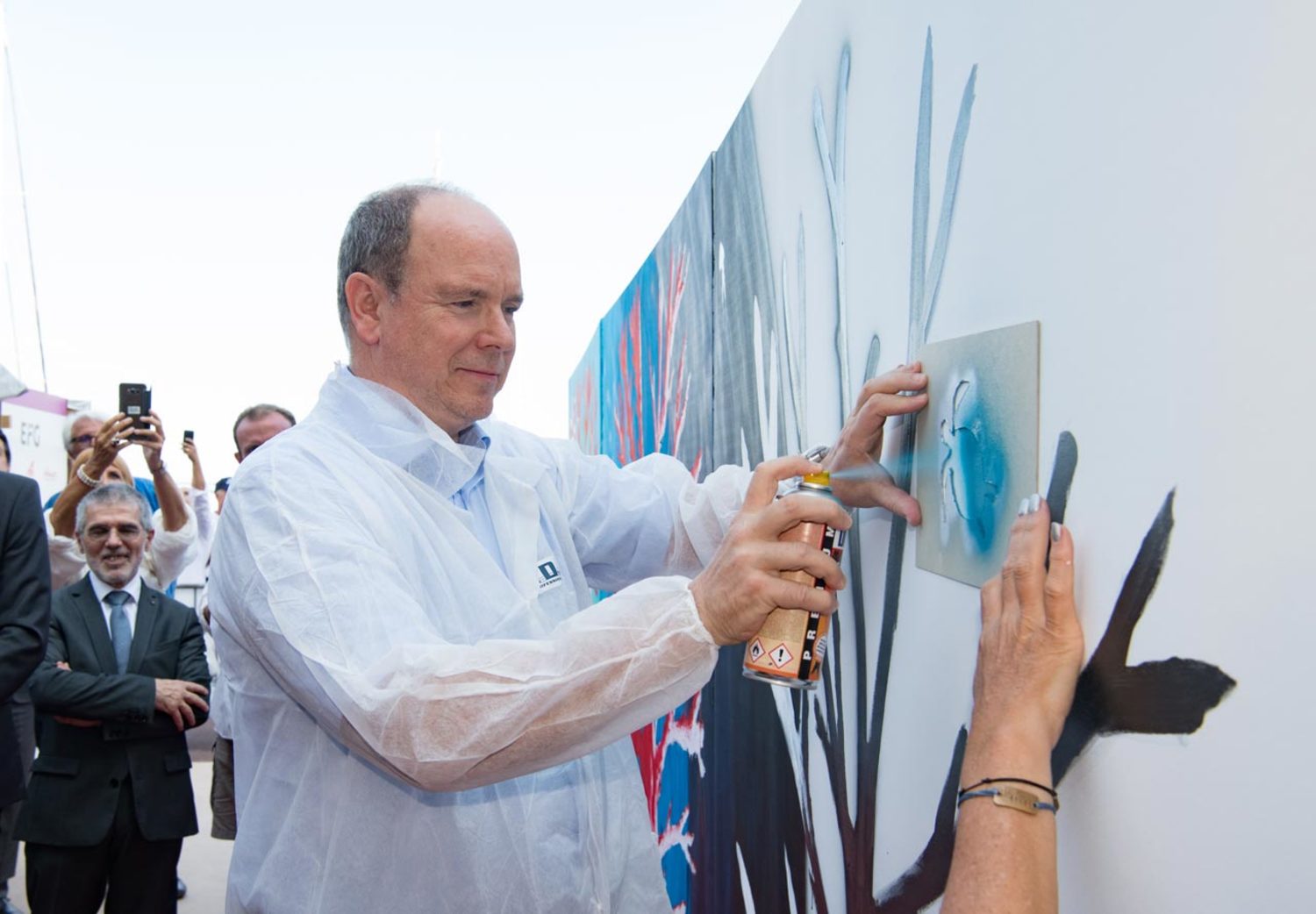 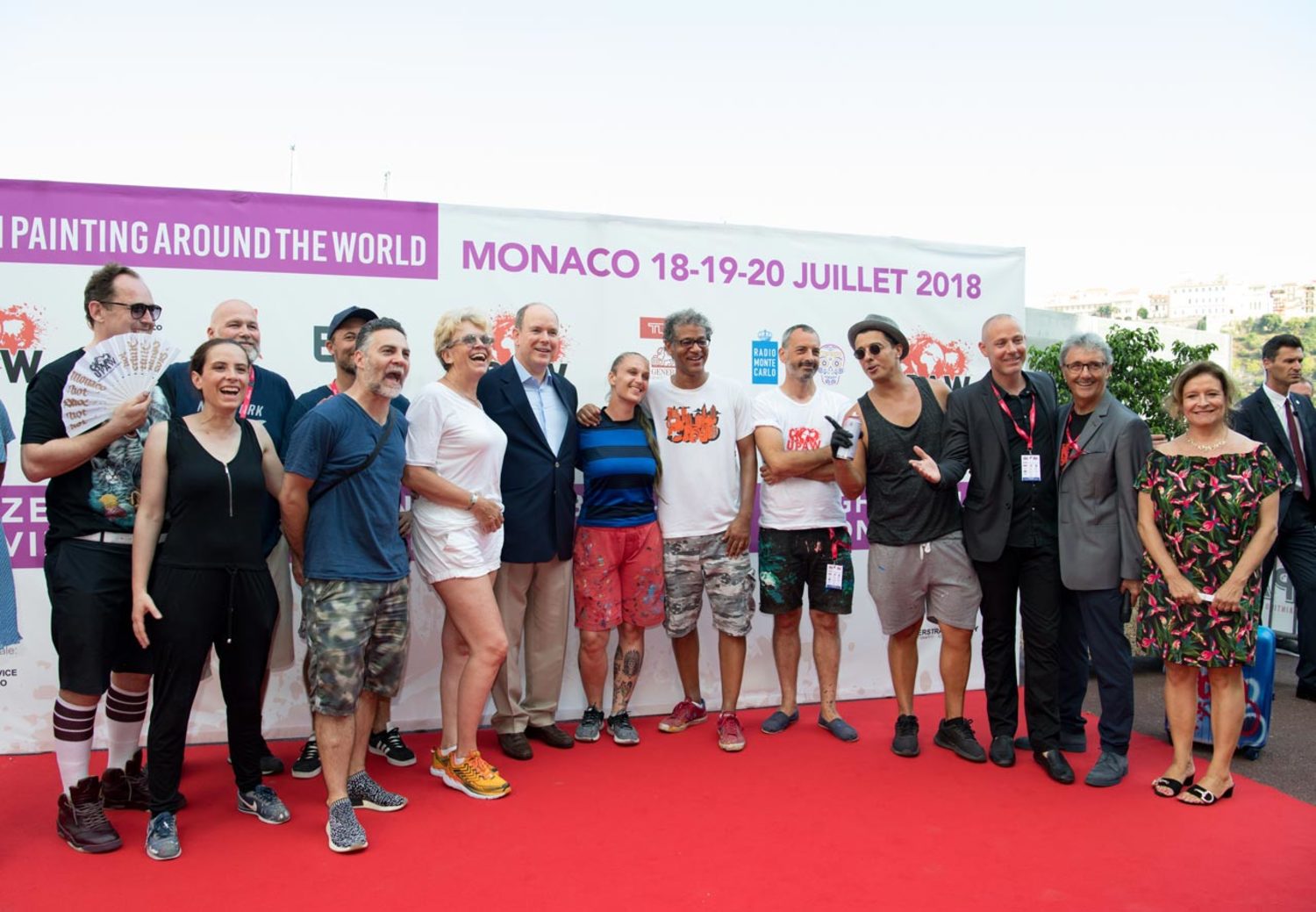 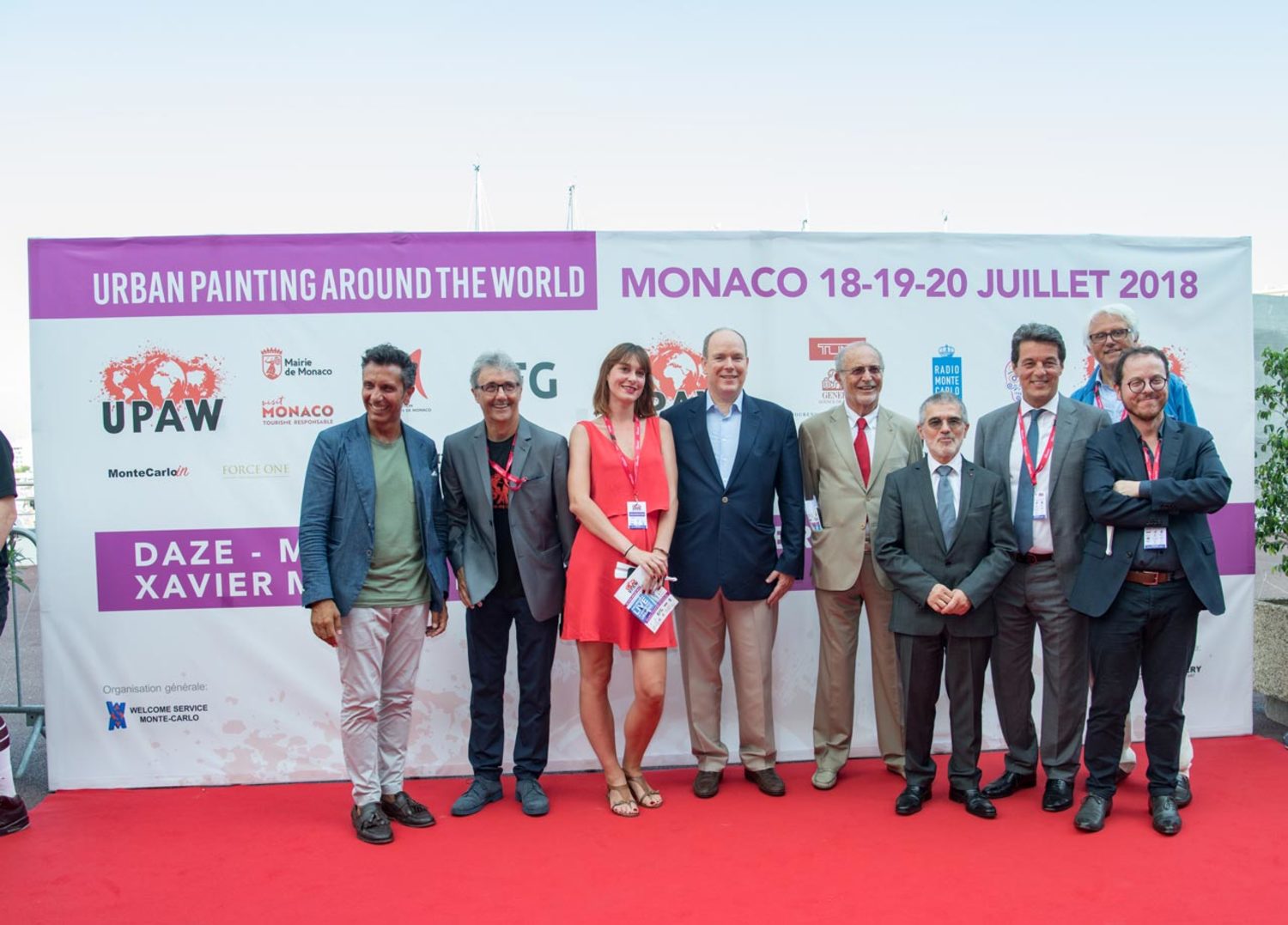