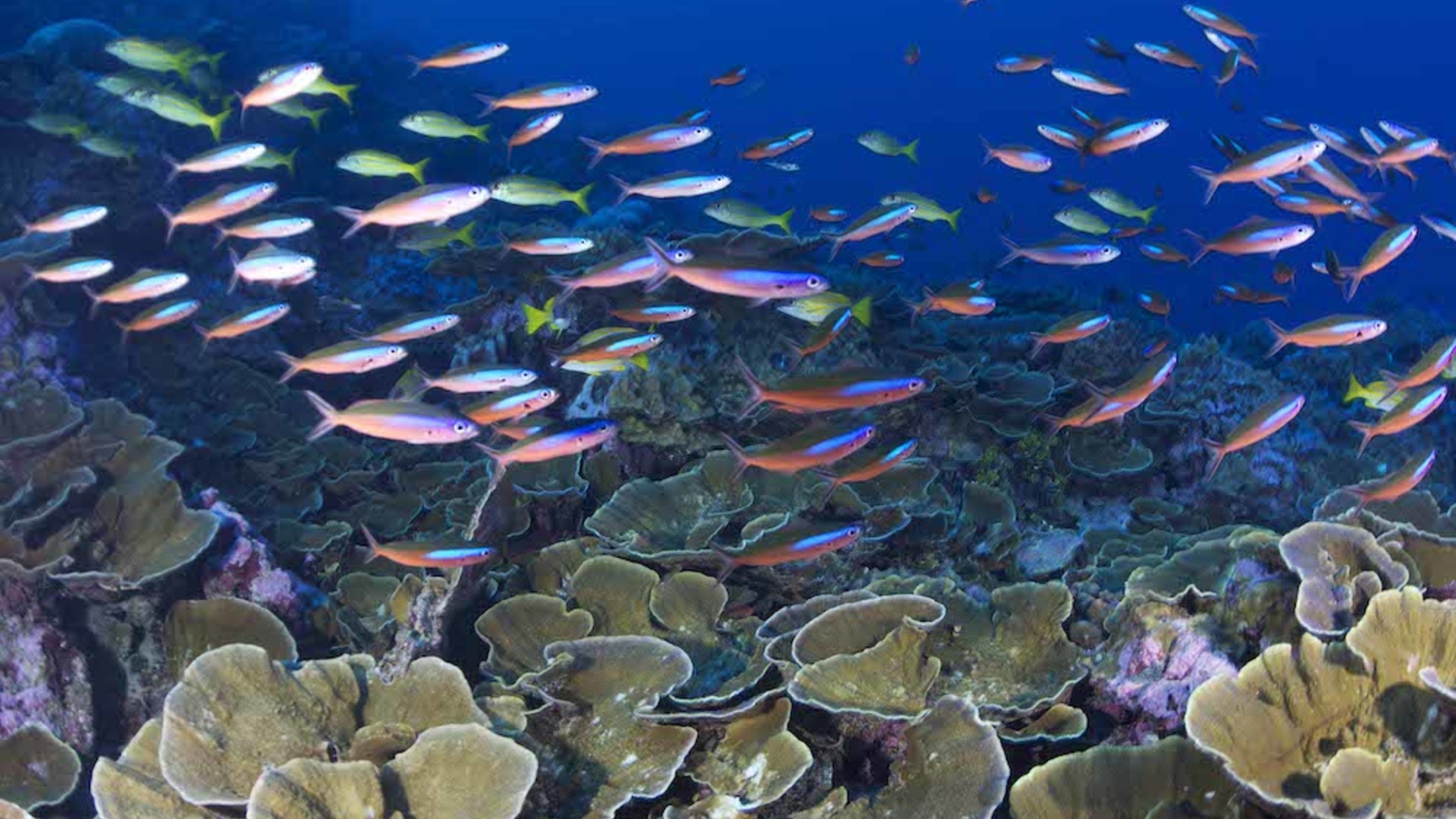 Ocean health faces increasing threats from habitat loss, pollution, climate change, and other deleterious environmental shifts.  Understanding mechanisms that sustain marine ecosystems and biodiversity is an enormous challenge that scientists at the Marine Biological Laboratory are uniquely positioned to address by investigating marine organisms and their microbiomes at the molecular, cellular, and ecosystems level.

Like humans, marine animals such as coral, sponges, mussels, squids, and fishes are associated with complex microbial communities—their microbiomes—that reflect their diet, age, health, and a host of other factors. For example, changes in acidity or temperature can alter the microbiomes associated with coral before it undergoes irreversible bleaching. In effect microbiomes serve the role of a ‘canary in a coal mine’ for ocean health: changes in microbiomes can be used to monitor the health of species, predict the loss of biodiversity, and reveal the effectiveness of scientific methods of mitigation.  In addition, we now recognize that any aspect of animal physiology, including development, regeneration, behavior, and aging, can be most fully understood in light of this metazoan-microbial symbiosis.

As part of the Marine Biological Laboratory’s ongoing investigation of anthropomorphic and other challenges to ocean health, we have launched a broad new initiative investigating the Genomes and Microbiomes of Marine Organisms. This multifaceted, multidisciplinary program will leverage recent advances in biology, imaging, and computer science that expand our ability to explore complex biological processes in marine organisms.

As a component of this initiative, we seek to establish SeaBase, an open bioinformatics infrastructure for marine biodiversity research. SeaBase will integrate genome, transcriptome, and associated microbiome data for individual species with contextual information such as local and global distribution and diversity as well as physical, chemical, and biological parameters of habitat. We will develop new tools to facilitate comparison of this comprehensive data between species and habitats to understand drivers of change in marine ecosystems that modulate biodiversity. The Genomes and Microbiomes of Marine Organisms project was launched in July 2016 and is an ongoing component of the MBL strategic plan. The SeaBase component is a three-year project. The portion for which we are requesting funding will be completed in the first year.

The Marine Biological Laboratory (MBL) is dedicated to scientific discovery – exploring fundamental biology, understanding biodiversity and the environment, and informing the human condition through research and education. Founded in Woods Hole, Massachusetts in 1888, the MBL is a private, nonprofit institution and an affiliate of the University of Chicago.