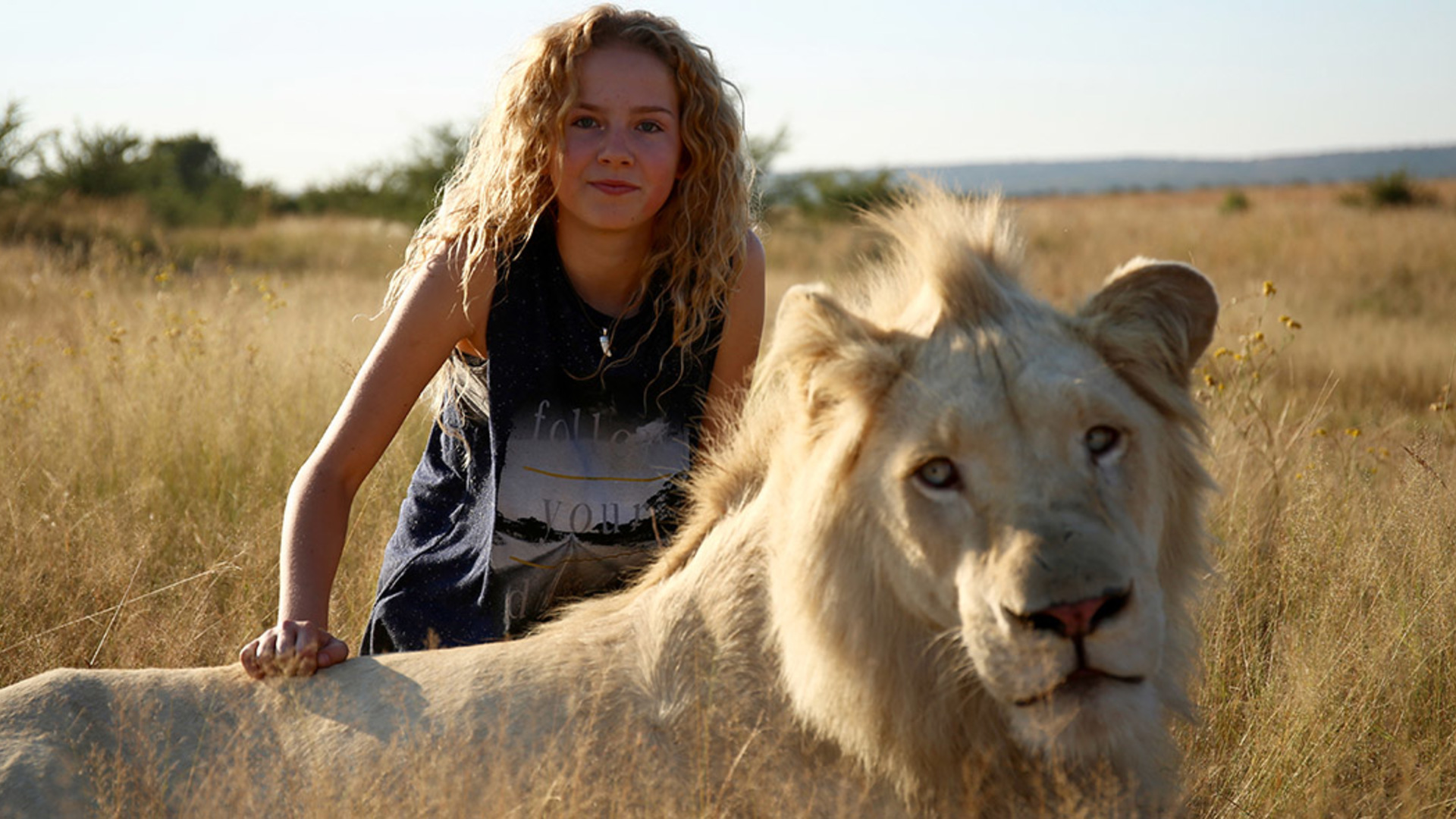 Mia and the white lion

A film by Gilles de Maistre, produced by Galatée Films.

Life of Mia, a eleven-year-old girl, is about to be totally upset by her meeting with a young white lion, Charlie.

With her younger brother Mick, she has been forced to follow her parents who chose to leave London to take over a lion breeding farm in the heart of South African bush. Mia suffers from being torn from her hometown and her friends. She rejects this new life in Africa. But the birth of a white baby lion is about to change everything... Mia loves and be loved by this lion cub. They grows up together and become inseparable.

The birth of Charlie is also a chance for her parent's farm as they managed to attract tourists and scientists, and show their commitment in saving and protecting African lions.

As the years passed by, Mia became passionately fond of lions, but also began to wonder about the activities of the family's farm that used to be her grandfat her's. Why did her parents leave 12 years before? Why are they selling certain lions and to whom? These questions remained fuzzy, and her relationship with her parents becomes conflictual.

Charlie is now a 3 years old grown up lion and Mia's lite suddenly toggles when she discovers the secret the farm is hiding: her father sells the lions to « trophy hunters » who kill them point blank... And Mia, without her father knowing, attends an«  execution  »,  an « in-box hunt ».

Her world collapses. She understands Charlie won't escape this tragic destiny but also discovers the betrayal of her father. ln the same time she loses her childhood, her innocence, her trust in adults and her love for her father.

Devastated, Mia has one obsession : to save Charlie, her lion, her friend, at ail cost. With the help of Mick, Mia and the lion escape. Here starts a battle for freedom...