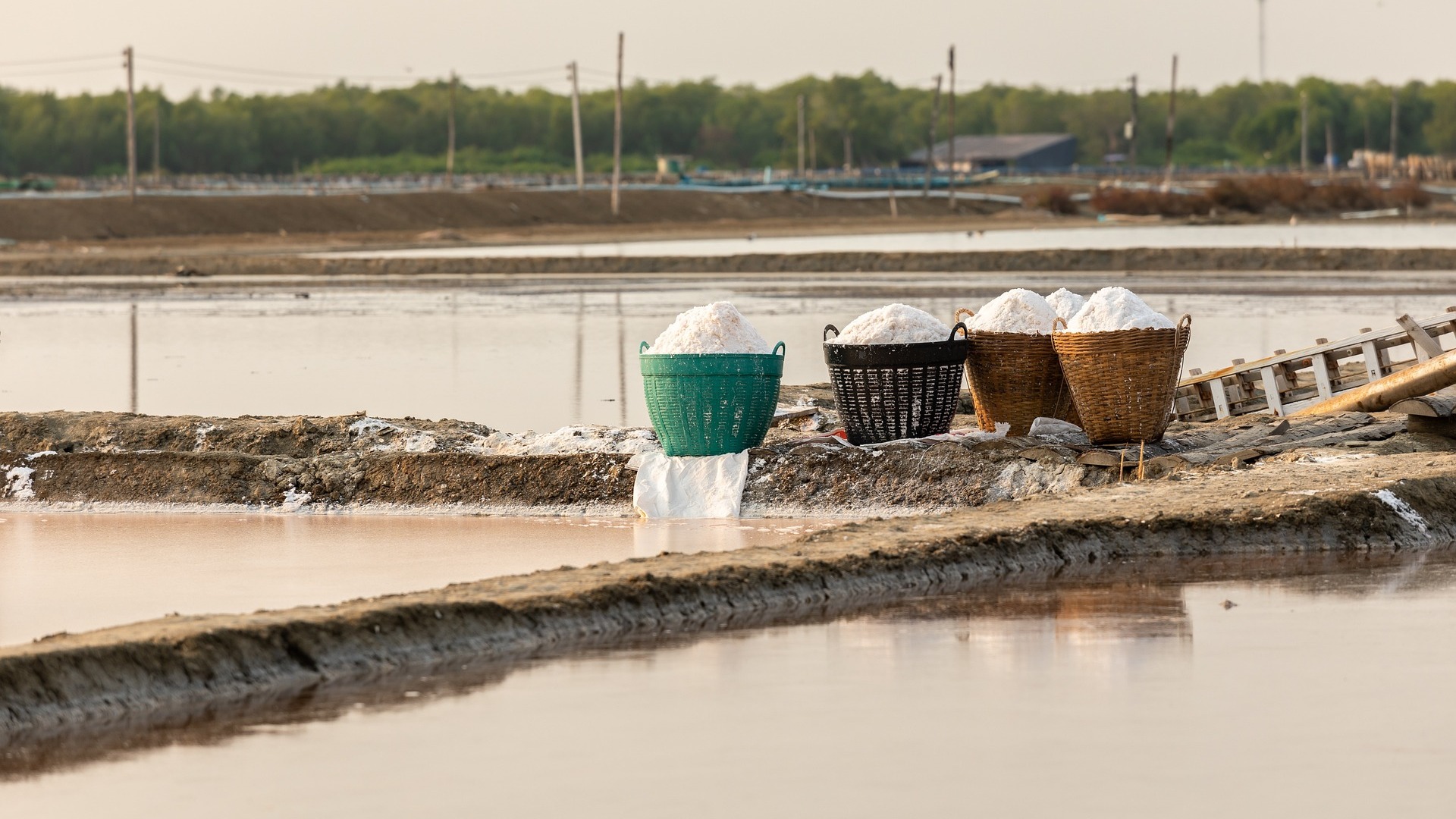 Combating deforestation Study on climate change and its effects

Guinea-Bissau is a West African country with a surface area of 36,125 km² and an associated maritime area of 8,120 km² due to its numerous islands on its west coast. In Guinea-Bissau, salt farming is a perennial and secular activity. It is practiced in the dry season, from January to May depending on the areas, the occupations of the producers, and the vagaries of the seasons. Moreover, it is observed in the country that this activity is very often exclusively female.

The information collected identifies the Oio region as the main salt production area in Guinea-Bissau (estimated at 2,000 to 3,000 tons per year), and the town of Kapatres is said to be the main market for this commodity, although secondary markets in the region have tended to develop in recent years. Also in the Oio region, salt farming appears to be an important source of income (on average 57% of the total annual monetary income of a female producer).

The Sustainable Development of Mangrove Agriculture (DEDURAM) project is an international solidarity project started in 2016 in the Oio region, Guinea-Bissau. It aims, thanks to the technical expertise of the salt workers of Guérande, to promote and disseminate two innovative agricultural production techniques, inexpensive, ecological, and easily appropriated by producers:

DEDURAM aims to improve the living conditions of producers while contributing to the preservation of mangrove ecosystems and limiting the impacts of climate change. This project is also a framework for learning and collective experimentation to launch similar dynamics in other areas of the country.

It should be noted that the project is fully consistent with national and supranational objectives for Guinea-Bissau. It is justified by the need to solve the problem of agricultural production which remains in the country despite a very important potential and thus ensure food self-sufficiency; the insertion of women and youth in the economic life in their territories; and contribute to the development of the productive potential.

UNIVERS-SEL is an association of international solidarity, recognized of general utility, whose majority of the members result from the trade of paludier (producers of artisanal salt of Guérande).